The Coolest Places in Town
Votes

The Coolest Places in Town 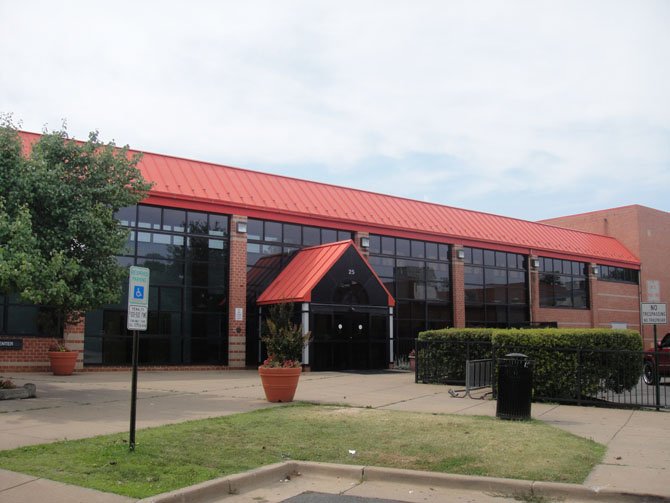 The Cora Kelly Recreation Center has air-conditioned facilities where residents can charge electronic devices, or just relax during the heat wave. Photo by Montie Martin.

Alexandria — Many Alexandria residents remained without power over the weekend when a freak storm hit the region late Friday night, June 29. The power outage occurred as the area is experiencing a heat wave with temperatures in the high 90s, and a heat index of well over 100 degrees.

The pool at Charles Houston Recreation Center was a cool respite for city residents over the weekend. A severe storm struck the region Friday night, leaving many without power during the midst of a heat wave.

Unaffected by the storm, however, were the city recreation centers. Recreation centers have always been the traditional sites for cooling locations during the summer months, but the facilities have grown all the more important due to the widespread shortage of air-conditioned locales.

Although the recreation centers are equipped with backup generators in the event of a mass power outage, in many cases they proved unnecessary.

“We never lost power during the storm,” said Joseph Jennings, the manager on duty at Charles Houston Recreation Center. “People can come and recharge their devices no problem.”

The Charles Houston Recreation Center saw higher than usually foot traffic over the weekend, as visitors were quick to take advantage of air-conditioning to escape the heat.

“We haven’t had power since Friday night, and there’s still no estimate when it will come back on,” said Alexandria resident John Smith. “I haven’t been to Charles Houston before, but this place is fantastic, there are lots of activities.”

Like most recreation centers in Alexandria, Charles Houston is equipped with game rooms, televisions, a gymnasium and places to sit and chill. Charles Houston also boasts wifi Internet access, as well as a computer room. The most popular feature over the weekend, however, was the swimming pool.

“People had to wait in line to enter the pool, it was overcapacity which was a first,” said Elmer Lazo, a lifeguard at Charles Houston. “We were a little delayed opening because of debris, but there were no problems with the pumps. Everyone is out having a good time.”

Some of the other cool recreation centers included Cora Kelly, which held late night hours on Saturday. “People can come here and beat the heat,” said Dajuan Stafford, a volunteer at Cora Kelly Recreation Center. “Personally, my power went out. Air-conditioning is one of those necessities that you take for granted.”

Alexandria residents can find power, and a chance to keep cool at any number of air-conditioned recreation centers. Hours run from 9 a.m. to 9 p.m. For more information visit: alexandriava.gov/recreationcenters

The city officials recommend that residents take precautions during excessive heat waves. Limit exposure to the sun, drink plenty of water, wear loose, lightweight and light-colored clothing, and check on neighbors that may be at risk or do not have air-conditioning.