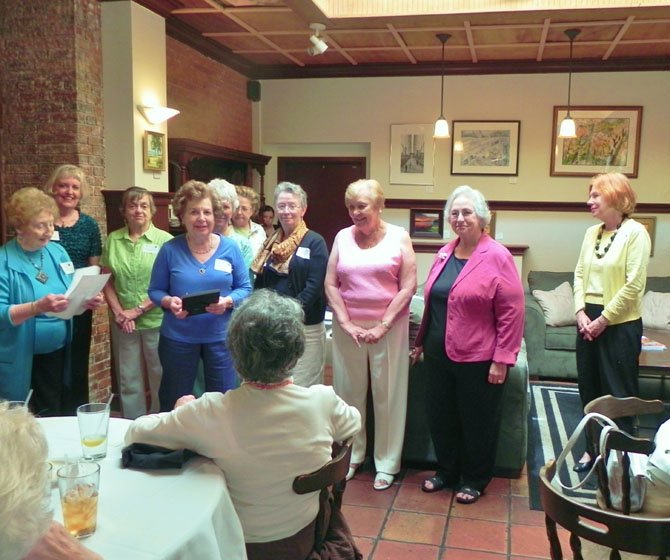 A ceremony was held May 30 to install the 2012-2013 officers of the Woman’s Club of McLean. This will be the second consecutive year of service for each officer, which is a first for the club. From left: Member and parliamentarian Daisy Logan, president Virginia Sandahl, and officers Millie Thompson, Dawn Schulz, Susan Cooper Jordano, Joan Morton, Jeanette Calland, Joan Leonard, Phyllis Ainsworth and Joan Beard.