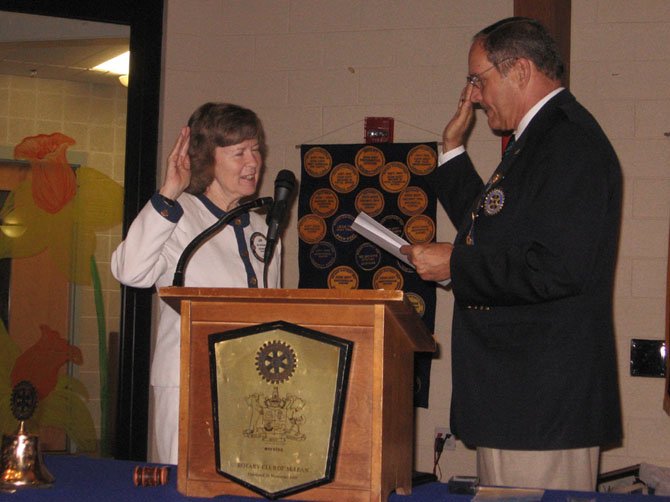 Jan Auerbach has been a member of the Rotary Club for two years. Previously, she served as Chair of the McLean Community Center Governing Board, President of the Safe Community Coalition, and Chair of the Education Committee for the McLean Citizens Association. Currently she also serves as Chair of the 50th anniversary celebration for the Literacy Council of Northern Virginia, for whom she also tutors four students in English.