As kick-off event for the "30-Something" Summer Series, artwork by renowned artists Pat Barron, Nancy Reinke, and Marian Van Landingham will be for sale July 19-21 at The Art League Gallery, with proceeds going to our Madison Annex Build-Out Project. Works will be priced from $30 and up.

These three artists provided a rich legacy for future generations of Art League artists, through their various artistic and non-artistic contributions to The Art League.

MARIAN VAN LANDINGHAM, then Art League president, in 1974 proposed a project that would renovate the City-owned, former U.S. Naval Torpedo Station into working studio spaces for artists. With the lease on its Cameron Street space expiring, The Art League was looking for a new home. After the renovation of the new art center, the League rented one-fifth of the space for its gallery and school. The success of the Torpedo Factory helped to launch Van Landingham’s political career as representative to the Virginia House of Delegates. After a 25-year career in the Virginia House of Delegates, Van Landingham returned to her studio in the Torpedo Factory where she continues to work on her large-scale oils and enamels. The Art League was the recipient of her large body of silkscreen prints from early in her career. 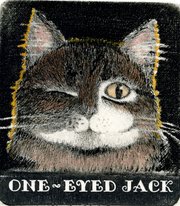 NANCY REINKE, Art League member and Torpedo Factory artist from the very beginning, displayed her prints and paintings in studio 5 of the Torpedo Factory Art Center, known for it’s homey and eclectic decor. The subject matter of her artwork included thoughtful portraits and unique etchings and woodblocks. She was famous for her complex woodblock prints of oriental carpets that required multiple intricately carved blocks of wood. Her great sense of humor was evident in many of her works.

Reinke exhibited extensively in many public buildings, including the Library of Congress and the State of Virginia Legislative Building. Her work is represented in numerous corporate and private collections including the Hilton Corporation and the Marriott Corporation. Commissions include the American Institute of Architects and the Folger Shakespeare Library. The Art League was the recipient of her work after she passed away in 2009. 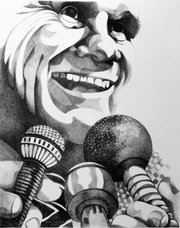 Barron received her training at the University of Missouri, Hochschule fur Bildenende Kunste, Corcoran School of Art and American University. She is currently retired and living in California. The Art League was the recipient of much of her work.