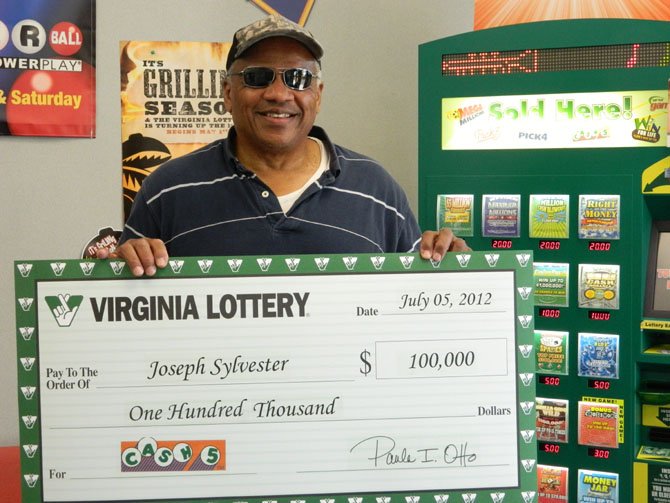 When Joseph Sylvester of Arlington matched all five numbers in the July 3 Cash 5 night drawing, he thought, “Gotta get my picture taken again.”

Mr. Sylvester has had a lot of experience standing in front of the camera holding a big Virginia Lottery check. On April 3, he won the $100,000 top prize in the Lottery’s Cash 5 game. Exactly three months later, he did it again.

“The second time is a little more routine,” he told Virginia Lottery officials.

He bought his latest winning ticket at the 7-Eleven at 1500 South Fern Street in Arlington. He used Easy Pick and allowed the computer to randomly select the numbers on his ticket. The winning numbers were 11-15-19-26-27.