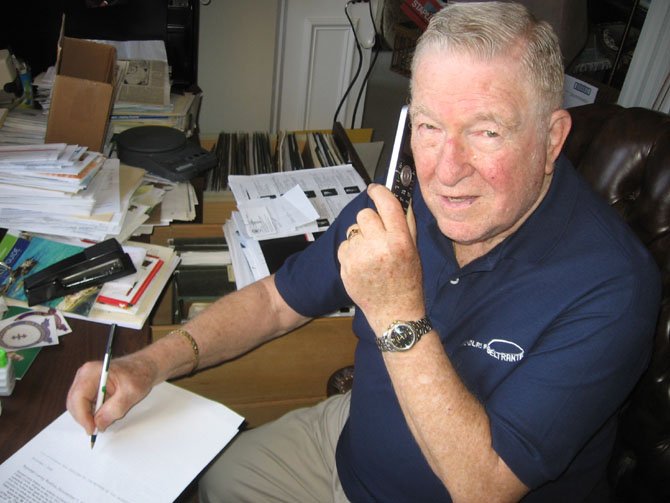 Mount Vernon — Nicholas Beltrante’s effort to gain the support of the Board of Supervisors to create a Police Citizen Oversight Board would be, if his proposal is accepted, similar to the ones formed in other cities and counties in the U.S.

Citizens Coalition for Police Accountability, Inc. was formed as a Virginia corporation in April 2010 as a response to the shooting death of unarmed former U.S. Army Green Beret veteran David A. Masters on Nov. 13, 2009. Masters was shot and killed by a Fairfax County Police Officer at the corner of Richmond Highway and Fort Hunt Road. Masters was being pursued by Fairfax county police for allegedly stealing flowers, a misdemeanor. The CCPA was organized due to concerns about police misconduct, negligence, and the absence of transparency regarding the Masters shooting and other recent actions by Fairfax County Police.

Among the organizations endorsing the need for a Police Citizen Oversight Board are: The Northern Virginia Chapter of the NAACP, Virginia ACLU, Reporters Committee for Freedom of the Press and the National Association for Civilian Oversight of Law Enforcement.

Beltrante, executive director of Citizens Coalition for Police Accountability, Inc., points out that the need for a citizens panel to review citizen complaints about police misconduct is a long standing issue in Fairfax county. As far back as 1979 an organization in Gum Springs called the Fairfax County Citizens for Improved Law Enforcement and Community Relations (FCCILECR) complained about incidents of police abuse in the Route 1 corridor and called for a police citizens review panel. It failed.

The Fairfax County Board of Supervisors recently considered and rejected the need for an oversight board as proposed by CCPA. The county board’s position is that the county’s independent auditor would be called on to investigate citizen allegations of police misconduct. Despite being rebuffed by the supervisors, the CCPA continues its quest.

“The Fairfax County Board’s response to our proposal for a PCOB is unacceptable,” said Beltrante. “Their proposal continues to place the responsibility for a fair and impartial investigation in the hands of the bureaucracy. The CCPA will continue to persist and, ultimately the CCPA will prevail.”.

LAST WEEK Beltrante and members of his coalition met at Martha Washington Library to update members on pending actions and plan for the summer and beyond. Beltrante announced the following letters were recently sent:

In a interview after the conclusion of the CCPA meeting Beltrante responded to the following questions:

Q. Why isn’t the county’s present position, use of the internal auditor, sufficient to safeguard against citizen complaints about police misconduct?

Beltrante: The only thing which will ultimately protect the public is a Police Citizens Oversight Board and a more open, transparent police department. We need an oversight board made up entirely of citizens charged with the responsibility to review and comment on citizen complaints of police actions, and whenever lethal force is used and results in the death of an unarmed citizen, regardless of the circumstances. In addition, for a citizens panel to be effective in its inquiries there is a need to change the current Freedom of Information Act (FOIA) which includes police exceptions that place a stranglehold on any opportunity to review police incident reports by the general public and the news media. The lessons we have learned from the circumstances related to the Masters and Culosi deaths, among others, and our study of the results of Citizens Oversight Boards elsewhere in the U.S., argue for a more open and responsive Police Department here in Fairfax county. The county government prides itself on being a local government leader, an innovator, and transparent and responsive to citizen needs and interests. Supervisor Hyland (who is chair of the board’s Public Safety Committee) and Chairwoman Bulova, and the others on the board would have you believe, based on their long record of service, that creating a Citizen Oversight Board would be attractive to them. But apparently it isn’t and that is troubling to say the least.

Q. Why do you believe that the board is resisting creating a Police Citizen Oversight Board?

Beltrante: I have two theories. First, maybe Police Chief Rohrer is such a dominating personality and the board is overly reliant on his supervision of the large number of men and women in uniform.

Maybe they believe that if they support a PCOB it will look as if they don’t support Chief Rohrer’s leadership. All the board has to do is independently look around at other cities and counties in the U.S. to see what the creation of a citizens oversight panel has meant for locally elected leaders and the positive results achieved. A citizens panel could be the best thing the elected board has going for it in the long run. They might want to ask: Can a citizens oversight board help to prevent future tragic shootings? The obvious answer is yes.

Secondly, creating a PCOB may be perceived by the board as losing leverage with the Police Department. If this theory is an accurate reflection of their views, they are dead wrong. A PCOB will provide the board with leverage in making changes in police conduct where wrongdoing is found. Police officers are only human. They make mistakes and, if left unaccountable, there are inevitably those who will try and take advantage of the lack of oversight. It has happened in the recent past, and it will happen again. A Citizen Oversight Board is not a panacea for everything and anything that can go wrong. But its presence is a potential check on the use of lethal force when it is not necessary, it will build support and confidence in the community who know they will have a place to go to with their complaints.

Q. What other plans do you have in the near future to pursue your goal of creating a PCOB?

Beltrante: We have been talking to state legislators about the need for a police citizens panel and have been encouraged by the response. We will also be continuing to urge our supervisors and state legislators to support legislation to change the Virginia FOIA so that the public and the news media will have ready access to incident reports when it will not interfere with an ongoing police investigation.

For information on the work of the Virginia Citizens Coalition for Police Accountability, Inc.: Virginiaccpa@aol.com.