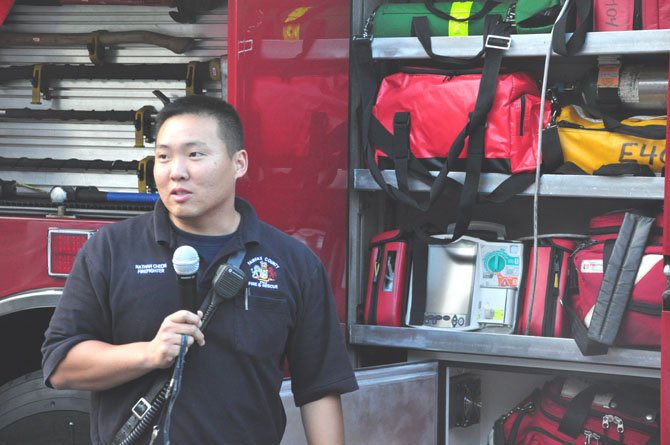 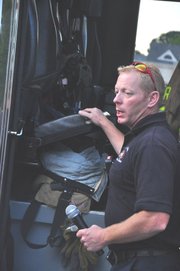 Vance also cautioned against cooking fires, saying it is important to have a lid, salt and baking soda nearby while cooking on a stove to douse any grease fires that might erupt. When grilling outside, he said people should leave charcoal ashes in the grill to cool for about a week, to ensure that they won’t still be hot when tossed into a trash can or placed next to a residential unit.

"It’s important to turn the handles of your pots in toward the back of the stove, because children tend to grab the handles and can get burned very severely," he said. "Complacency kills, you can be cooking, the phone rings and all it takes is a second for a child to hurt themselves."

He also cautioned against various heat-related illnesses, saying if someone is sweating and woozy to put a cold compress on them, and cool body temperature.

"It’s when the sweating stops that you’re in trouble," he said. "That’s your body suffering from heat stroke and shutting down."

In case of power loss due to storms or other events, Vance recommended people have one gallon of water per person per day on hand, as well as canned goods, a can opener and other items like a sterno stove, first aid kit, batteries and toilet paper.

When it comes to the summer favorite, fireworks, Vance recommended that people treat them like they were a fire.

"Anything with projectiles are illegal, which includes Roman candles. Sparklers and fountains are legal," he said. "Don’t have anything combustible within 15 feet, and always have a bucket of water or a garden hose at the ready, anything you can control it with."

Master Technician Timothy Palmer said that their goal is to get rescue personnel out of the station to a call within 45 seconds, "but the time it takes depends on the emergency, if it’s a fire, we have to put our gear on, and things like that can make it a little longer."

Many people who attended the briefing were from the center’s Personal Care and Aid Class, offered by Express Care, a Herndon-based nonprofit that helps train people with the skills needed to care for others.

"Our students learn about safety when caring for people, particularly seniors and people with low incomes," said Naila Alam, CEO of Express Care. "A lot of the class is made up of recent immigrants, many of whom come from countries where there aren’t fire departments like we have here, so it was helpful for them to learn how they operate."