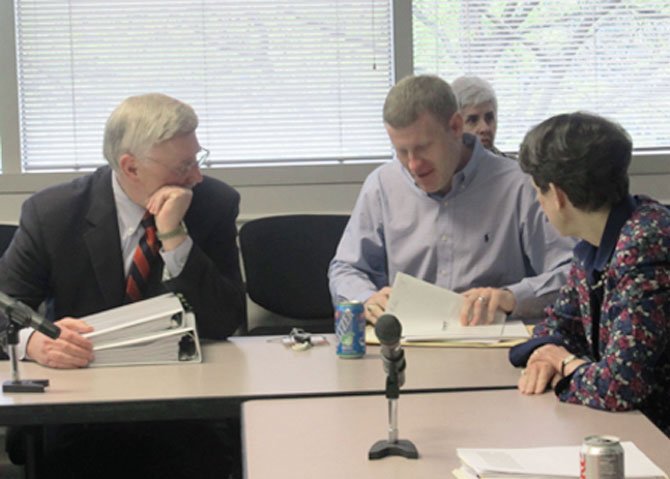 Lee District Supervisor is frustrated. Every year, he hears from parents who want him to do something about funding full-day Kindergarten. But the Board of Supervisors has no authority over specific funding items in the school system’s budget, which is approved by the elected School Board. More recently, he’s hearing from voters about the $9 million shortfall facing the Community Services Board. But federal and state cuts to human services came after supervisors already adopted their budget, leaving supervisors holding the bag and trying to explain why pressing needs are not being met.

As a potential solution, McKay is suggesting a communications effort to explain how the process works to county residents. For example, the budget office could put together a primary for the county website that could serve as a roadmap for understanding the process. The primer would explain that the county has limited ability to raise revenues and is restricted by the Dillon Rule, which forces localities to get permission from the General Assembly for many actions. The document would also explain how the supervisors transfer money to the school system and have no influence over how it’s spent.

“We need an interactive online tool that shows people in much better detail where some of these challenges are,” said McKay. “Increasingly, we’re hearing conversations from people about meals taxes and gas taxes and cigarette taxes and hotel occupancy taxes. It just shows that people don’t understand that the state hasn’t given counties like Fairfax the latitude to just come out and adjust those things.”

McKAY SAID THE EFFORT to help citizens understand the budget process was prompted by dozens of calls from parents asking him to support specific spending items for the school system. Each time, McKay explained that the supervisors approve a sum of money to the Fairfax County Public Schools, which is then the domain of the independently elected School Board. Then, a few days later, he’ll get a similar call asking the same question.

“We’re not saying that the money is being spent improperly,” said Suzette Kern, chairwoman of an advisory committee McKay appointed to look at the situation. “But when we look at the school, there’s very little transparency.”

Recently, the county’s Community Services Board has experienced a $9 million shortfall as a result of state and federal cutbacks. With the sluggish economy continuing to cause problems for many people, demand for services has increased in recent years. But sources of funding have dwindled, creating a problem for Fairfax County. That difficulty was compounded by the timing because Fairfax County officials learned of the reduced levels of federal and state funding after the county’s budget had already been adopted.

“The budget process is not easy to understand,” said Ed Batton, member of a task force McKay put together to investigate the problem. “A lot of people in Fairfax County don’t have a full appreciation for who is responsible for what, and we think something needs to be done about that.”