Stamp Out Hunger Food Drive set for May 12. 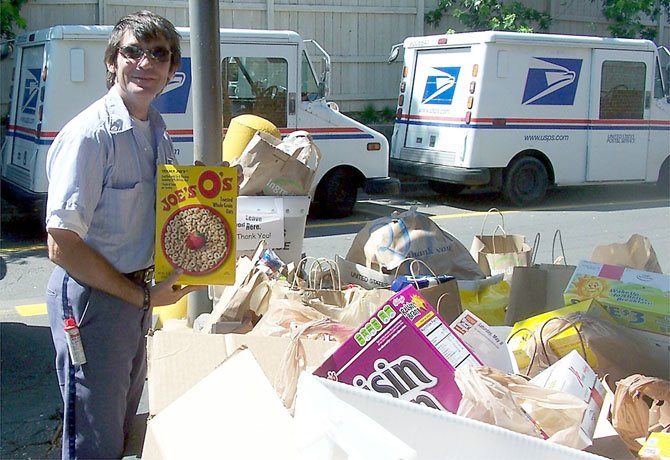 Kevin Martucci shows off the food collected for the upcoming Stamp Out Hunger Food Drive on May 12. 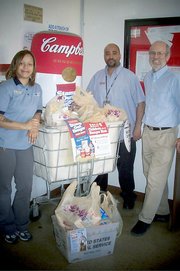 The nation's largest single-day food drive will take place on Saturday, May 12, when postal workers in Alexandria will join others across the country in the 20th annual Stamp Out Hunger Food Drive.

To participate in this year's drive, place bags of non-perishable food items by your mail box before your mail is delivered May 12. Donations can also be dropped off at local post office branches throughout the city.

Donations of non-perishable food, including pet food, will be distributed by the letter carriers to local shelters and food banks such as ALIVE!