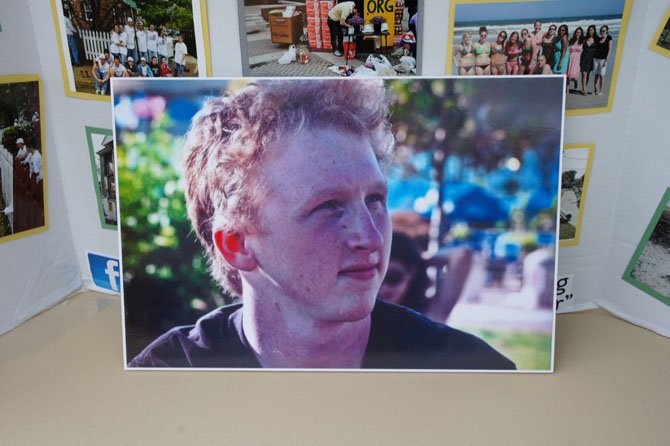 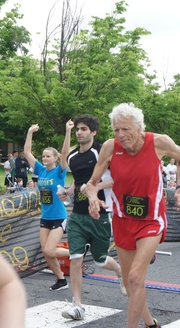 Megan Lennox, Anthony Sargon and Robert Gurtler were among 115 runners of all ages who participated in Nat Bresler Memorial 5k on George Mason’s Fairfax campus last Sunday, May 9.

Around 10 a.m., runners of all ages crowded around the start line in front of the Center for the Arts building and prepared for an exhilarating three mile run around George Mason University’s Fairfax campus.

The race was in honor of Nathaniel Bresler, one of the officers who founded George Mason’s Habitat chapter in 2010. Nat Bresler was an influential member of the George Mason community and devoted a great amount of time and energy to developing the chapter and advocating for Habitat for Humanity. All who knew Nat knew that he was a strong voice and advocate for not only Habitat for Humanity but for many of the social injustices in the world.

Nat’s family was highly involved in the success of the 5k and came down from their hometown in New Hampshire to help out, run in the race and remember their son. Nat's father, Jon Bresler, briefly spoke at the race about Nat and thanked everyone for coming out saying, "This is a very emotional day for our family, and we could not think of a better way to celebrate our son."

George Mason’s Habitat Chapter began in the spring of 2010 and has since been in affiliation with HabitatNOVA, the Habitat for Humanity branch of Northern Virginia. Rachel Crowley of HabitatNOVA spoke at the race about Habitat’s success in helping

families of Northern Virginia and thanked GMU Habitat for helping to contribute to the 83 houses that have been built.

The proceeds from the race will provide support for both HabitatNOVA and the Nat Bresler Memorial Fund. This fund will be used to award grants to three students who exemplify Nat’s strong willed personality and enthusiasm for change. GMU

Habitat plans to give this grant annually to three members who will take part in the chapter’s Habitat for Humanity International Global Village Trip.

Overall, the first annual Nat Bresler Memorial 5k brought in about 115 participants. The race was organized through active.com and Amazing Race Timing who supplied ChronoTrack chip timing for the racers. After the race a delicious lunch was provided by Al-Maza, a Lebanese restaurant located in Fairfax City. In addition to the run/walk there were events for children, including face painting, and prizes and awards were given to the top two winners from each age group for both males and females. GMU Habitat for Humanity looks forward to seeing even more people out for next year’s 5k.