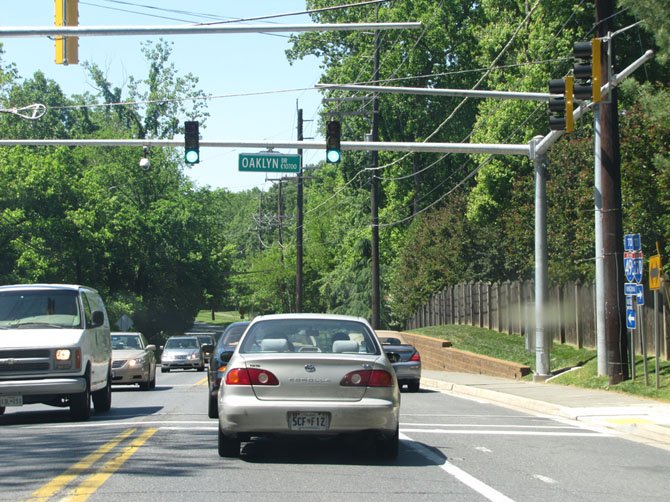 Potomac — Pedestrian collisions continue to decrease in Montgomery County, according to a statistical review presented Monday, May 14 on the County Executive’s pedestrian safety initiative.

“We are setting an example for all of Maryland that targeted interventions really can make a difference in reducing the number of pedestrians who are injured or killed,” according to County Executive Isiah Leggett, who outlined a blueprint for reducing pedestrian collisions in the county in 2007.

A new traffic light at Falls Road and Oaklyn Drive was turned on earlier this month.

Residents’ concern for pedestrian safety prompted a MCDOT study of the intersection in March 2011, according to Bowring. Pedestrians are encouraged to cross at the crosswalks.

Engineering improvements at 129 county schools, in conjunction with education and enforcement actions, have dropped the collision rate around schools, according to county officials.

The report stated that another important tool in improving pedestrian safety is traffic-calming efforts that reduced speeding on arterial and primary residential roads by as much as 11 miles per hour.