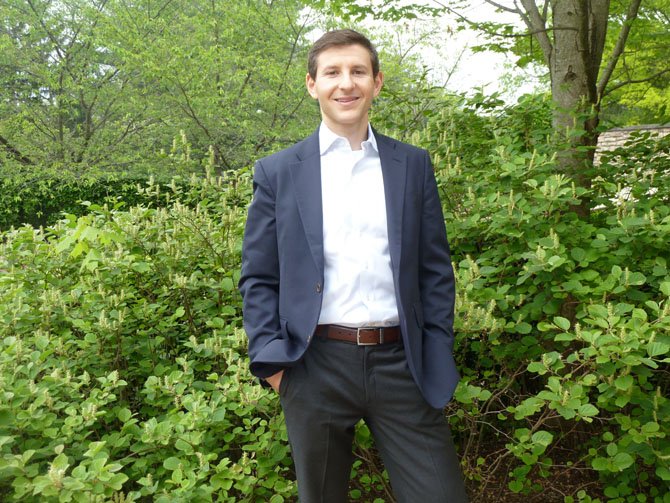 Potomac — Most of us would like to leave a legacy of the history of our family — and of our personal lives for our children, grandchildren, great-grandchildren — and into perpetuity. However, many never record their personal histories, let alone that of their families. The research, interviews, writing and organization are just too overwhelming, confusing and time-consuming. But now, a company called “Reel Tributes” will help with the planning and implementation — and will make certain the project is completed in a professional manner with a meaningful result — a video documenting the history, genealogy and special memories of a family or a family business.

A little over a year ago, while a student at Wharton, David Adelman decided to forgo a career in finance to launch Reel Tributes. His impetus was a video his mom made and shared at his cousin’s wedding which highlighted his family history and stories from his relatives, Adelman recalled. “I was blown away by the emotional impact of the video and what it meant to every family member. That’s when I decided to start a business to help families capture memories on film to honor the lives of loved ones as well as their history and genealogy.”

Adelman pulled together a management team that is “as passionate about film as you are about the stories you want to commemorate. Together we transform stories into a timeless tribute.” The team consists of Founder and CEO Adelman, Chief Videographer and Editor Caleb Green, Interviewer Lin Joyce, Director of Genealogy Rebecca Whitman Koford and Videographer and Editor Robert Lodge.

Most of Reel Tributes’ films are for special celebrations such as birthdays, anniversaries, family reunions and holidays, or to honor one’s life accomplishments.

The company also produces videos for multi-generational businesses that would like to preserve their history for both the owners and the employees. Reel Tributes is producing a film for a family business’s 120th anniversary and another for a CEO’s retirement.

Potomac resident Ellie Slotkin is planning to make a film for her family. Currently, she is using the services to research her family genealogy. "I was thrilled to hear about Reel Tributes. I'm a fan of NBC's 'Who Do You Think You Are?' Learning about a family's heritage is an amazing adventure. It's not just for celebrities anymore. I'm eager for the Reel Tributes team to uncover my family's roots and capture it on film."

The process begins with a meeting in which the family explains their purpose and goals. Members then complete a questionnaire documenting important dates and materials they have in their possession, including photographs, certificates, records, etc.

Personal historian Lin Joyce works with families to decide what is important to include in the film and also helps them collect and organize their photos and documents. She also aids them in sorting out the oral history and gathering the stories that are most important.

Genealogist Koford assists families in finding their roots or confirming them. Joyce then interviews family members, employees, and significant friends — anyone that the family deems important to the story. These interviews are then edited into a 30-minute video.

“Every project is customized,” said Adelman. “We preserve the film on DVDs and hard-drives and also keep them on our back-up files. The video can be kept forever as a living document for each family.

Memories are so important. Stories have the power to connect us with generations past, while at the same time preserving our own gems for future generations. Imagine how disappointed you’d be if in 2-3 generations, nobody remembers you. If we don’t record our stories, so much rich history will be lost. We work so hard in our lifetimes to do well and do good; it’s a shame if that doesn’t get remembered.”

Reel Tributes is partnering with the Alzheimer’s Association to raise awareness for the disease and of the importance of preserving memories. Adelman said, “Through our partnership, we’ve met many families that have been impacted by this terrible disease. Very few recorded their stories and for most families it is too late. We’re trying to spread the message that as soon as someone in your family is diagnosed with Alzheimer’s or dementia, the family should spend some time getting their story down. Film is the best format, but even writing stories on paper and recording them in audio is much better than doing nothing and regretting it for many years.”

Adelman has a goal in mind for his company. “My team and I would love to see every family record their story.”

To find out more about Reel Tributes, go to www.reeltributes.com or contact Adelman at 202-631-3456.