'Doing the Most Good'
Votes

'Doing the Most Good' 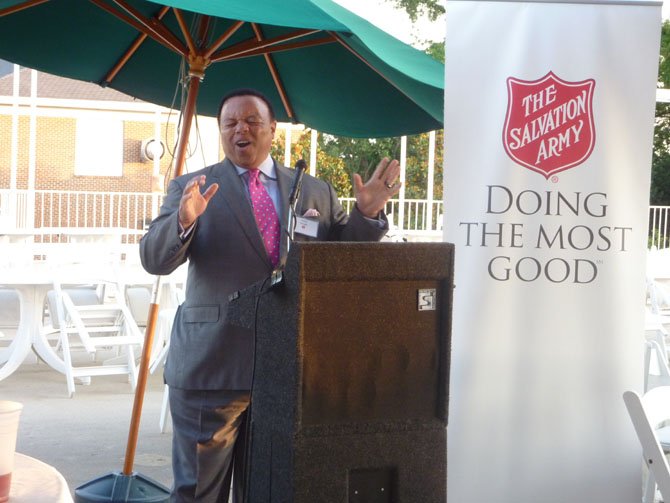 Fox News anchor Kelly Wright performs an original song, “It Could Have Been You Or Me,” at the William Booth Society reception May 17 at the Army Navy Country Club. Photo by Jeanne Theismann. 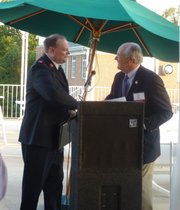 Donors, representatives and friends of the Salvation Army National Capital Area Command celebrated the inaugural reception of the William Booth Society May 17 at the Army Navy Country Club in Arlington.

John Derrick, chair of the William Booth Society Committee, welcomed attendees to the rooftop reception that also included remarks by Jane Minshall of GEICO and a performance of the original song “It Could Have Been You Or Me” by Fox News anchor Kelly Wright.

“In my career as a reporter, I have been one of the first on the scene of many disasters,” Wright said. “Yet when I show up, The Salvation Army is already there taking care of people.”

The Salvation Army provides direct community-based programs that include feeding the homeless, providing a place where children can learn positive life skills, curbing substance abuse, looking after the elderly and helping families in need.

“I wrote the song that I did as a message to America about where we are,” Wright added. “The homeless, the poor — that could just as easily be you or me. And without fanfare, The Salvation Army is always there tending to both the physical and spiritual needs of the community.”

For more information on the William Booth Society of the National Capital Area Command or programs of the Salvation Army, visit www.salarmydc.org.