Marshall High is the Face of Fairfax County
Votes

Marshall High is the Face of Fairfax County 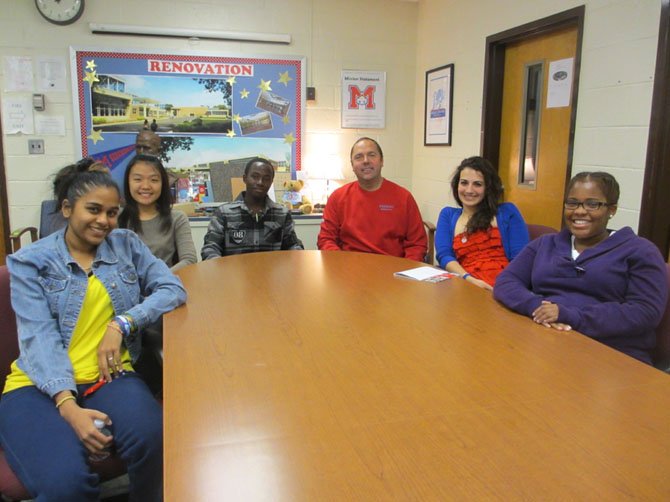 The schools that feed into George C. Marshall High School are the academic home to children from all over the world. It’s not surprising, then, that Marshall is an international community, a Tysons Corner United Nations, so to speak. Many of the students come for the prestigious I.B. (International Baccalaureate), but most are in the Marshall district, which embraces students from Tysons to the far-reaches of Vienna. From Italian to Swahili, there is a myriad of languages native to Marshall’s students, who represent more than 90 nations.

Viewpoints: What was your biggest concern or fear when moving to U.S. schools? 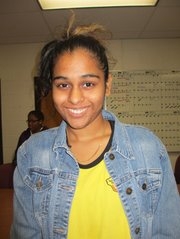 “Marshall has an international student body from all walks of life, from the four corners of the world,” said principal Jay Pearson. “Our kids cross so many boundaries. We don’t refer to it as ‘diversity,’” Pearson said. “For our students, this is the norm. These kids are very accustomed to moving between groups of students from everywhere, so, there aren’t ‘cliques.’

FIVE INVITED STUDENTS gathered in a roundtable discussion at Marshall recently. What they agreed on is that American schools are less intense academically, less-academically pressuring than schools outside the U.S. In other countries, it is academics-only that define your future, a selected group of students said in the recent discussion with Pearson and an interviewer. In the U.S., the students said, you have extracurricular programs that enhance the total person. What the U.S. does not have, however, that international schools stress, is an emphasis on foreign language fluency.

English is a compulsory curriculum in many school systems the world over. Some students, such as Kasthury Paramiswaran, a Marshall senior from Malaysia, speak multiple languages, fluent in each. Kasthury’s family moved around the world as part of her father’s job and Kasthury mastered four languages in her journeys. She said she still works very hard in her I.B. subjects, getting “A”s in every one of her classes. She is applying to colleges in the United Kingdom and the Netherlands.

Jia Loh, a Malaysian native who has been in the U.S. for two years, said the transition to schools here was “hard,” even though the academic environment is less intense than in Malaysia.

“I had to adjust to different cultures. It was hard to find friends who share my culture.”

Dalila Ferrara’s family moved around Italy; her father is in the military there. In the early 1990s, he was assigned to a U.S. base in Texas and his experience there was not a good one. “He warned me not to tell people I’m Italian,” Dalila said. “He told me not to be proud of being Italian.” Dalila carried that warning with her when she entered Marshall. The dire warning turned out to have no basis at her new school. “When I tell people here I’m Italian, they say, ‘Oh, I love Italy’ and then, I’m so relieved. Yes, I am proud to say I’m Italian here.”

“There’s so much value in having a school where children from all over the world can come together. . . . You set the stage for the children to share their history, backgrounds, culture, and experiences. There’s so much power in bringing all these different cultures together that I think it’s justified to call it a hidden curriculum. The kids don’t even know they’re learning from this diversity.”

In Italy, it was always school and studying through late evening, Dalila said. She had no social life there.

“When I came here, it was such a relief,” she said. “I was so happy I finally had time for myself.”

Millan Mbise, from Tanzania, was pleasantly surprised by the degree of interaction between students and teachers. Teachers are less approachable than in the U.S. Millan, whose native language is Swahili, grew up speaking English, as well. English is compulsory in the schools and Millan calls it the “unofficial” language of Tanzania.

Millan takes the bus from Marshall daily to Falls Church High School for a class in “pharmacy technology.” He learned what he wanted to do with his life while living here and attending an American school. He wants to be a pharmacist some day.

FREEDOM HILL ELEMENTARY SCHOOL feeds into the Marshall pyramid. Like Marshall, Freedom Hill is the world in microcosm. There are more than 42 languages spoken in the students’ homes and the children of Freedom Hill represent more than 53 countries. Some Freedom Hill students are from diplomatic families, already bilingual or multilingual with English exposure. Others are new to English. The school, through its many ESOL levels, works with these students to help them adapt to English.

“Within the realm of school, the kids are held accountable to communicate in the English language,” said first-year Freedom Hill Principal Scott Bloom. As the kids interact with their peers, they pick up English.

“I like to think we also recognize the importance of kids having that dual-language skill,” Bloom said. “We want them to learn English but we don’t want them to give up their native language.

“Marshall has an international student body from all walks of life, from the four corners of the world. . . . We are the face of what Fairfax County is in 2012.”

Bloom said the school helps newly-immigrated students to transition by embracing the families as they enter the school. Relationship building is how he refers to the partnership. “When you establish that relationship with new families from other countries, you get rid of a lot of hurdles. When you do that, the families feel valued and a part of the Freedom Hill family. We have students learning from one another simply from their exposure to each other.”

The children of Freedom Hill are so accustomed to establishing relationships within the classroom, they don’t recognize barriers, Bloom said. “It’s a representation of the world.”

Bloom refers to the school’s diversity as a “hidden curriculum.”

“There’s so much value in having a school where children from all over the world can come together,” Bloom said. “You set the stage for the children to share their history, backgrounds, culture, and experiences. There’s so much power in bringing all these different cultures together that I think it’s justified to call it a hidden curriculum.

“The kids don’t even know they’re learning from this diversity.”

Marshall’s roundtable students eager to discuss their new lives all said that school life is more pressured in their native countries with little opportunities within the school system to learn nonacademic things. Schools do not promote extracurricular activities as they do here.

“Students are pushed by their parents to excel academically in Malaysia,” Kasthury said. “Many of these kids commit suicide. They’re told, ‘If you’re not the best, you’ll never succeed.’”

Amber Holder has found a multitude of extracurricular activities to engage in. In Panama, there was only a single option. Here, she said, she’s involved with the marching band, the literary magazine and other programs. “In Panama, you have to find one place to fit in. But, here, you can fit in in many places.”