Egg Hunters on a Roll at Van Dyck Park
Votes

Egg Hunters on a Roll at Van Dyck Park 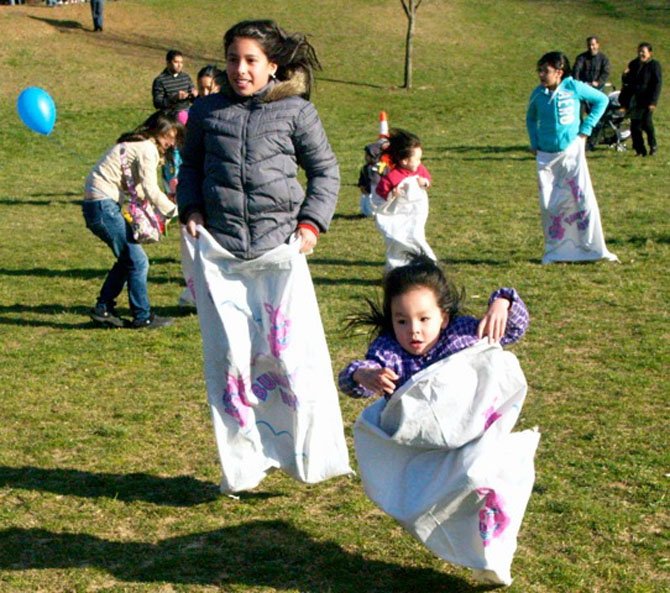 Van Dyck Park was filled with more than 1,500 egg-hunters on Monday, April 1, when the City of Fairfax hosted its annual Easter Egg Hunt at the new, larger location. 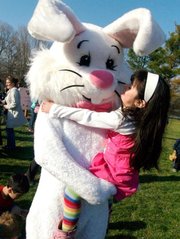 Photo by Jo Ormesher/City of Fairfax

The Easter Bunny made an appearance at the City of Fairfax Egg Hunt on Monday, April 1, handing out candy and hugs to nearly 1,000 children.

“This turned out to be a great new location,” said City of Fairfax Marketing Director Jo Ormesher. “The event used to be at Fairfax High School. This was so much more fun because of the surroundings of the park.”

The egg hunt began at 5 p.m. for children ages 2-10. The oldest children searched for eggs in the woods at night, with flashlights provided.

Ormesher said there were several new events this year prior to the egg hunts, including an egg spoon carrying contest, bunny hop sack races, treasure hunt in the sand and a variety of crafts and face-painting. The event was sponsored by the City of Fairfax Department of Parks and Recreation.