Sustained low interest rates and rising prices have energized the marketplace, but cuts to government expenditures will eventually cool things down. 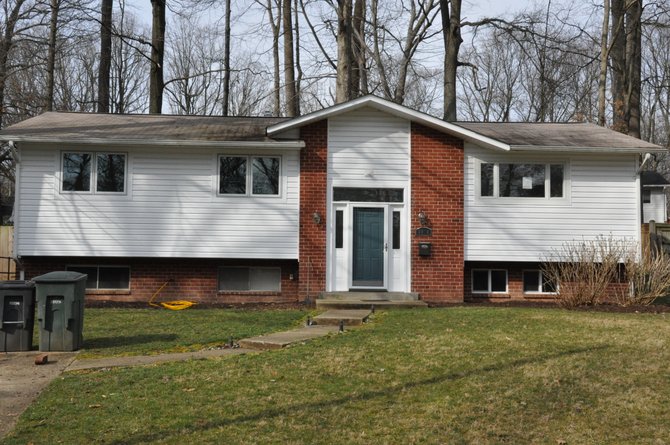 8818 Trafalgar Court, Springfield. “People that thought they were under water may not be. It’s a great day for real estate,” said Patricia Mancini. Photo contributed by Patricia Mancini

A few weeks ago, George Mason University Professor Stephen Fuller, Ph.D, published an update of his July 17, 2012 report that projected imminent and hard-hitting economic effects from sequestration. A main component of the update regards the government mellowing the blow by using furloughs rather than layoffs. Payroll reductions still add up to equivalent job losses, the report explains, but the negative economic response ought to be slower to take effect.

Given the nose-to-nose nature of government spending and real estate economy, particularly in Northern Virginia, these calming words should inspire more confidence in a market that is already thriving.

Second, home prices are rising: RealEstate Business Intelligence reported a 10.23 percent increase in average sold price in Fairfax County between February 2012 and 2013. Even though inventory is shrinking across the county, distressed sales (foreclosures and short sales, for the uninitiated) are down. On the whole, everyone has warm fuzzies about the market.

“It’s as healthy as it’s ever been,” said Dane Work, an associate broker with Re/Max Preferred Properties in Fairfax. “Everything is a hot potato. The whole market is red hot, white hot.” 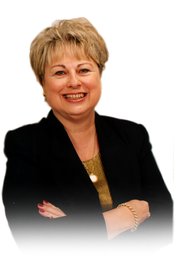 BUT HOW LONG until the extended honeymoon phase is over? And what will that market look like? According to GMU Professor of Finance Gerald Hanwek, a lot like it has before.

“The hype is, fundamentally, what you would expect from a market like this,” said Hanwek, “not very dynamic, as had been in the past. For quite a while, this has been a terrific housing market in Fairfax County.”

Hanwek came to GMU in 1985 after spending nearly two decades in the research division at the Federal Reserve Board. Today, in addition to teaching MBA finance courses, he is also associate dean for graduate programs.

The professor has seen real estate go through cycle after cycle over the decades, and is convinced “it really just took time to allow housing prices to get on a path of rising, at a rate they had in the past.

“When I first came here in 1968,” Hanwek continued, “the thought was housing prices should always go up 10 percent a year. That was a rule. And in fact they did for some time.”

Then, of course, there were bumps in the late 1970s and early 80s: double digit inflation caused price rising to slow and mortgages were harder to come by. The 80s and 90s looked more hopeful, but then an early 90s recession put the brakes on again.

“Now we’ve hit a plateau,” said Hanwek, “to where we probably should take off and start having price rises between 4 and 6 percent a year, on average, for residential properties. Once we hit that, and that’s been happening now for several years, prices are high enough—after they had fallen in 2005 and 2006—that people are willing to buy and sell. Enough time has passed.”

But interest rates won’t stay down; they can’t, at least not much past 2014. And sequestration will take effect, whether government agencies start cutting expenditures in earnest later this year or into the next. “We’re going to see a considerable slowdown in government spending,” said Hanweck. “It’s going to affect this area disproportionately, and it affects the housing market quickly.”

And when the cuts do truly sink in? Fairfax County is an expensive place to live: furloughed workers and government contractors without projects will have a harder time affording to stay. Potential replacements could come from the service industry, but their salaries can’t compete with those in the defense industry.

“There’s going to be, perhaps, a real depression of price at the top line for homes as opposed to the lower price homes,” said Hanweck. “$300,000-$400,000—in that range, they’re not going to be as depressed. We’ll go back to that two-tier question. It’s happened here a lot and it will happen again.”

Hanweck expects a repeat of what this area saw between 1989 and 1990, when a slowdown in military spending caused the population of Northern Virginia to drop by 50,000.

“The long-term outlook is for slowing home sales and stagnating prices,” he said. But, “after several years, after we’ve absorbed what’s happening with the Federal Government, then prices will start to rise on their trend levels again. We’re just running out of property, the supply is dwindling.”

WHY THE DWINDLING SUPPLY? There are several factors, according to Hanweck, all of which result in people hanging on to their properties. Among them is a gradual increase in the number of retirees in this area. Another is people simply waiting to see how high prices will rise. And though more prevalent on the west coast, there are also more instances of business investors buying properties to rent.

But none of this should dissuade anyone, encouraged Hanweck. “Sell. Sell and buy,” he said. “If you want to move, sell now, buy now. Buying six months ago would be even better, buying a year ago would’ve been even better. But buy. Over the next year, two years, it’s going to be a good market. After that we’re going to see Federal Government cuts actually start to impact.”

“I’m incredibly optimistic,” said Work. “I have been for about a year and a half. It makes me look like a saint. The writing was on the wall for some of this.

“It’s such a great opportunity for the end user, for occupants,” he continued. “Everybody’s got to live somewhere. Now is the time to lock in on something and secure it.”

That’s assuming everybody qualifies for a mortgage right away. Which can be difficult.

However, “if they loosen the standards too much,” cautioned Hanweck, “we’ll be back in the world of the subprime loan: 110 percent funding of their house, and that’s absurd. We know what happens.” Hopefully.