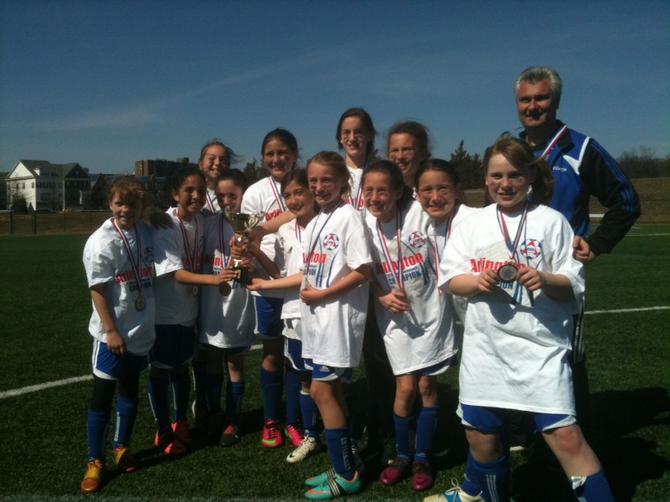 The team was invited to the Sunday, April 21, DC United game where they were recognized for their accomplishment in the tournament.

The weekend following the March championship games, the Pride Blue traveled to Richmond to play in the Jefferson Cup Tournament. The team played elite teams from Pennsylvania, New Jersey and even local team Braddock Road.

The Pride Blue team was short one goal of making it into the championship game.