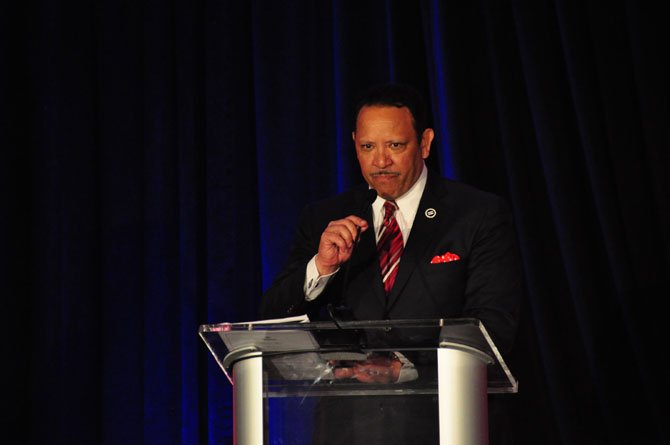 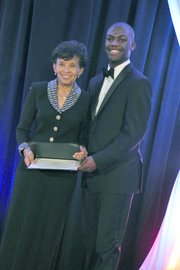 SMITH is the vice president of the Japanese Honor Society at Lake Braddock, and is a member of the FIRST Robotics team.

He has been recognized as an AP Scholar, a National Merit Outstanding Achievement recipient and is an Eagle Scout.

“I’ve applied to many different colleges, but I’m leaning towards Cornell University,” he said. “I hope to major in computer science, a form of engineering that involves a lot of information and technological systems that will help us all push forward into the future.” 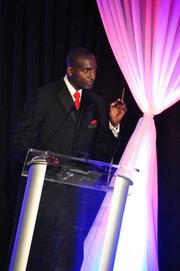 He cited the fact that while the U.S. population consists of 13 percent African-American, 14 percent Hispanic and 1 percent Native American, they only make up 6 percent, 8 percent and .6 percent, respectively, of the U.S. college engineering population.

“Minorities, while we are witnesses to this digital world we live in, we are not as active participants in this technological revolution as we need to be,” he said. “What we need is not more of us engaged in technology as consumers, we need more of us as active producers of technology, creating, designing, programming, imagining, because consumers change very little about the world. It’s producers who innovate, change the landscape and the marketplace. That opportunity is right at our fingertips, because young people are already inclined to be comfortable with technology.”

MARC MORIAL, the president and CEO of the National Urban League, was also in attendance, and he urged the audience to make STEM education a top priority.

“This commitment to STEM education, to enabling, ensuring and equipping our children, is not only something that is good to do, it is an imperative for us,” he said. “Great nations do not just buy things, great nations make and invent things.”