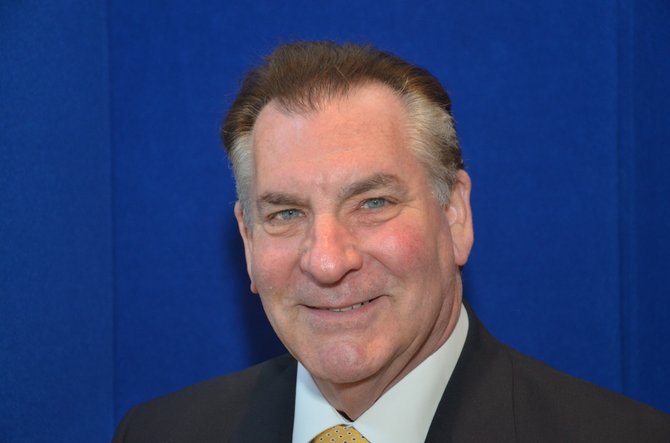 Paul A. Frank has been elected president of the Board of Trustees of McLean Orchestra. Frank was the unanimous choice of the board and will serve through the 2013-2014 McLean Orchestra concert season, “A Season of Festivity.” Frank is no stranger to the McLean Orchestra, having served on the board from 2002-2007 as a trustee, a treasurer, a gala chair and finally as its president in 2004-2005.

According to John Huling, executive director of the McLean Orchestra, “Paul has been a tremendous supporter and friend of the orchestra for over a decade and we are thrilled to have him back in the family as our president.”

Frank is an experienced leader of non-profit organizations, currently serving as executive director and CEO of Collingwood Library and Museum. His current community involvement includes Rotary Club of Alexandria (Fundraising Committee chair) and The Alexandria Arts Forum (former president). He is past president of Rotary Club of McLean, and McLean Orchestra.

The Greater McLean Chamber of Commerce recognized Frank with the “President’s Award” for “exceptional contribution,” and subsequently the “Home Town Hero Award” for raising the largest amount for a single event in chamber history. Frank succeeds Aileen A. Pisciotta who will continue her involvement with the McLean Orchestra as immediate past president. Other elected or appointed orchestra officials for the 2013-2014 season include Wayne Winston Sharp, special advisor to the president; Frank McGovern, VP of administration; Sydnee Stein, VP of development and Pamela Bogdonoff, VP of events. The remaining trustees serving the orchestra are Michael Cardaci, Anthony C. Chang, David Gische, Timothy Hawkins, Marilen King, Shane McLaughlin, Sarah Merservey, Joseph O’Brien, Chris Payton, Jennifer Shatwell and Laura Schuldt. The McLean Orchestra concerts season opens on Oct. 12 at Oakcrest School with a concert of Mozart, Schumann and Brahms.