Every Year Is Election Year in Virginia
Votes

Every Year Is Election Year in Virginia 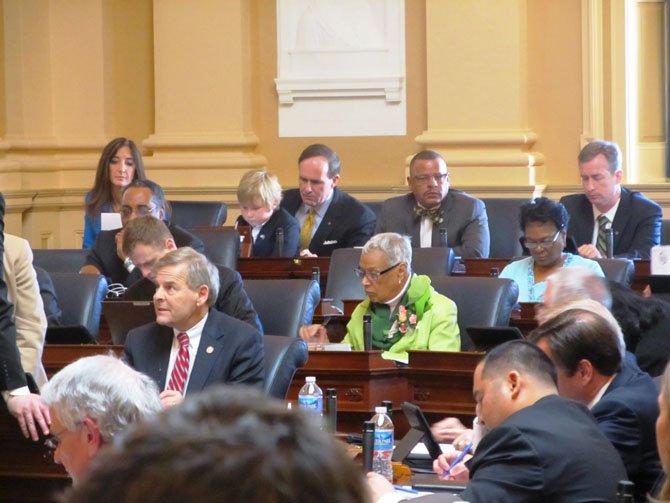 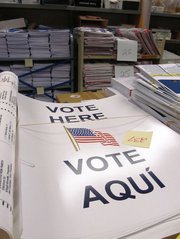 All voter information material must now be translated into Spanish to comply with new state mandates, and signs in Spanish and English hang in all of Fairfax County’s polling precincts.

A voter who does not bring an acceptable ID to the polls will be offered a provisional ballot.

According to an official candidate list released last month by the Virginia State Board of Elections, 57 House seats will be contested this November — marking only the second time in the last decade where at least half of the 100 House seats will have more than one name on the ballot.

Eligible voters in Fairfax County must be 18 years of age, current U.S. citizens and live within the county. Applications to register to vote by mail can be found at the Department of Motor Vehicles, public libraries, military recruitment offices, public assistance agency offices, government centers, Board of Supervisors offices, the citizen information desk at the Fairfax County Government Center lobby or at the Judicial Center information desk. 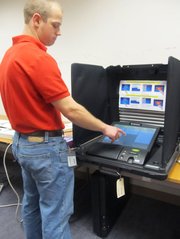 In addition to the optical scan voting machines, every polling place will be equipped with WINvote “touch-screen” machines, which have been used in Fairfax County since 2003. Luke Baranyk, voting machine custodian, demonstrates the touch-screen technology.

The Virginia General Assembly meets annually, beginning on the second Wednesday in January, for 60 days in even-numbered years and for 30 days in odd-numbered years, with an option to extend annual sessions for a maximum of 30 days.

Virginia does not have “no excuse” absentee voting. If you want to complete a Virginia Absentee Ballot Application, download from www.SBE.Virginia.gov, or call 703-222-0776. The application must be mailed or faxed to the Fairfax County General Registrar's Office. The office is located at 12000 Government Center Parkway, Suite 323, Fairfax. The registrar's fax number is 703-324-3725. 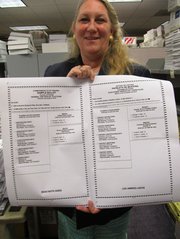 Local Races With Only Third-Party Challengers:

(no site listed on SBE)

Robert A. Rivera (I)

(no site listed on SBE)

On Election Day, Tuesday, Nov. 5, Fairfax County voters will be asked to vote YES or NO on the $250 million school bond question in the general election. The schools plan to use the money to:

• Build two new elementary schools, one in the Richmond Highway area and one in the Bailey's area

• Replace or improve infrastructure, such as roofs, major mechanical systems and parking lots.

The Virginia State Board of Elections page provides a detailed list of candidates, website information available for each candidate and sample ballots. Scroll down the “Locality” bar to Fairfax County to filter the election search, or go to “Elections” and scroll down to “November General 2013.”

Following are links to other sites election officials suggest voters check out before Election Day: