Event will raise money for needy students in Haiti and the U.S. 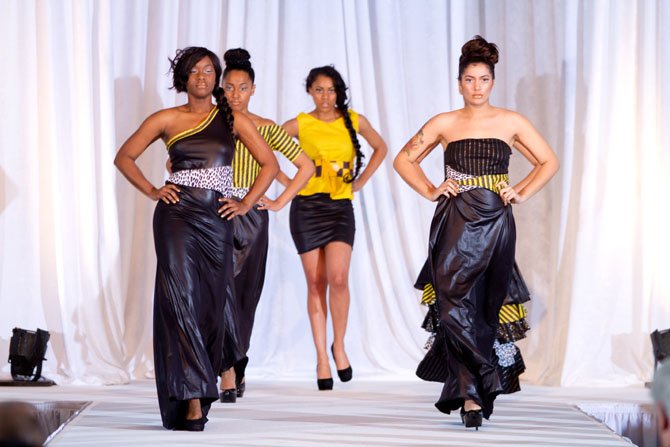 “We want to bring awareness about what is going on in the African-Caribbean and African-American fashion communities.”

— Kenneh Koroma, Voyage to Utopia co-chair and president of the African-Caribbean Student Association.

The show, which is scheduled for Feb. 23 at 8 p.m. at the Rose Benté Lee Center on the school’s Arlington campus, will showcase clothing created by nine up-and-coming fashion designers.

“This is an important event because it is put together for students for a worthy cause,” said Kenneh Koroma, event co-chair and president of the ACSA. “We want to bring awareness about what is going on in the African-Caribbean and African-American fashion communities.”

Koroma said event organizers selected designers whose creations reflect the style of the African-Caribbean and African-American communities. This year’s “Voyage to Utopia” will also incorporate themes from the university’s Common Ground campaign, including intellectual curiosity and service to others.

“[The campaign] was launched this past fall to raise Marymount’s visibility and what we stand for,” said university spokeswoman Denise Alexander.

Proceeds from the show will be donated to Partners for Haitian Children (PHC), which funds a primary school of 700 students, an orphanage for 60 girls and a public medical facility. A portion of the funds raised by the fashion event will also benefit the Marymount President’s Scholarship Fund, which provides tuition assistance to students in need.

The line-up of designers includes students and alumni of Marymount’s fashion design and fashion merchandising programs, as well as designers Courtney M. Roberts, whose work has appeared at New York Fashion Week, and Bishme R. Cromartie, whose work has also has appeared in Elle magazine as well as New York Fashion Week. Twenty-three models, who are also Marymount students, will walk the runway wearing each designer’s apparel.