Should Virginia’s Governor Be Able to Run for Reelection?
Votes

Should Virginia’s Governor Be Able to Run for Reelection?

Longstanding ban on second consecutive term to be reconsidered this year. 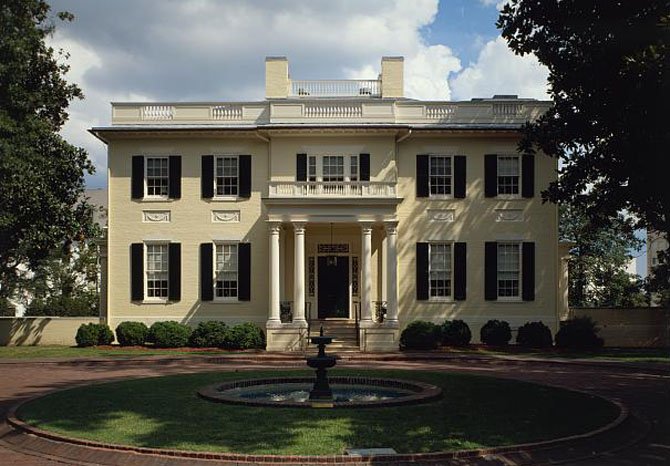 The Governor’s Mansion in Richmond has served as the home of Virginia’s governors and their families since 1813, when the General Assembly chose the chief executive. Library of Congress

Virginia is the only state that limits its governor to a single, four-year term, a vestige of the distrust Americans had for executive power during the American Revolution. Now, more than two centuries later, the commonwealth may finally be ready to ditch the longstanding term limit and allow Virginia’s governor to run for reelection.

“One of the real problems with our current system is that the General Assembly can oppose the governor for partisan reasons by simply waiting him out.”

“This may be the session that it finally passes,” said state Sen. Adam Ebbin (D-30). “The last time this bill was on the floor, it almost passed. Some people who voted no are no longer serving and quite a few who have never voted on it are now serving, and we don’t know how they’ll vote yet.”

Legislators are about to find out because the issue is set to come up once again in 2013. Del. Bob Brink (D-48) is planning to introduce a constitutional amendment that would allow Virginia’s governor to seek a second term in office. Brink introduced a similar bill last year, but it was tabled because the mechanics of how a constitutional amendment needs to be passed by two consecutive General Assembly sessions with an intervening election. Now that the election year 2013 is approaching, Brink is ready to reopen the debate about whether or not Virginia’s chief executive should be able to seek a second term.

“This may be the session that it finally passes.”

“The situation we’re in with transportation demonstrates more than anything else why it’s so necessary to have a longer range planning horizon,” said Brink. “What we’ve done through consecutive governors is not been able to build up the consensus that we need in order to get long-range solutions to transportation.”

THE ROLE of governor began as a very weak position in post-Revolutionary Virginia. Constitutional scholar A.E. Dick Howard described the job as an “authenticated coordinated branch of government.” The first chief executives were relatively powerless and subordinate to the legislature. Governors were elected by the General Assembly for a one-year term and could not serve longer than three consecutive terms. The governor could take action only with the advice of the Privy Council, whose members were also elected by the General Assembly.

As Jacksonian populism grew, the role of governor gained more independence in Virginia. In 1851, the method of selecting the governor changed — allowing for popular election to a single four-year term. Twenty years later, the governor was finally given the ability to veto bills. That power was expanded in 1902 to include the authority to send down amendments and offer line item vetoes to the budget. Now, as legislators consider yet another revision, some are skeptical about the need for change.

“I don’t know why we’re getting all bent out of shape about this,” said Del. David Albo (R-42). “What’s broken about Virginia that needs to be fixed?”

Albo said he would be skeptical of any move that would give Virginia’s chief executive more power, adding that the position of governor already has vast powers compared to the General Assembly. He said that he might consider a proposal that would give legislators an increased role in making appointments to the board of visitors positions at universities, for example, or key appointments in positions that have dominion over roads and schools. But even then, he said, it would be a tough sell for him and many other members of the General Assembly.

“In Virginia, nothing ever happens for the first time. So the fact that we have this system in place has a force of its own,” said Brink. “The power of inertia is a hugely powerful force in area code 804.”

THE EFFORT to get rid of the longstanding ban has been a recurring feature of political life in Virginia. In 1971, when state leaders were considering a full-scale constitutional revision, one of the most contentious debates that emerged at that time was whether or not governors should be able to seek a second nonconsecutive term. All the living governors at that time opposed the change, and the effort fizzled. Between 1972 and 2004, about 250 constitutional proposals would have substantially affected the election and terms as well as the powers and duties of the governor and General Assembly.

That’s when a special joint subcommittee was established to look at the balance of power between executive and legislative powers. The subcommittee interviewed all the living former governors and found a wide disparity of opinions. George Allen was the only one to support the current limitation. Jim Gilmore and Chuck Robb supported an amendment to the Virginia Constitution allowing the governors to seek an additional four-year term. Linwood Holton and Gerald Baliles favored a single six-year term as a compromise.

"If the Constitution is to be changed for the sake of good governance, then a single six-year term of governing would be preferable to the current one-term system or the proposed two terms because it would combine the best of both worlds,” said Holton in a written statement to the subcommittee.

In a 2005 report, a joint subcommittee recommended a constitutional amendment allowing Virginia’s governor to seek a second consecutive four-year term. That recommendation was offset by a package of other proposals that would increase the powers of the General Assembly to maintain a balance of power. Since 2005, some of those recommendations have been adopted, including allowing legislators to appoint members to a key budget forecasting commission. Others, including allowing legislators an increased role in colleges and universities, have not.

“My bill will call for a review and update of that study,” said Brink. “The idea is to create a new set of recommendations so that we maintain the balance of power between the executive and the legislature.”

“One of the real problems with our current system is that the General Assembly can oppose the governor for partisan reasons by simply waiting him out,” said Michael Fauntleroy, professor at the George Mason School of Public Policy. “If a governor comes up with a good idea in the second year of his term, it doesn’t take much to wait him out.”

The question before legislators is likely to be what kind of offset package will be acceptable. For legislators who are already suspicious of the idea in the first place, coming up with a set of recommendations might be tricky. How many appointments should the General Assembly get to make among college and universities, for example.

“Half,” said Albo. “That seems reasonable to me.”