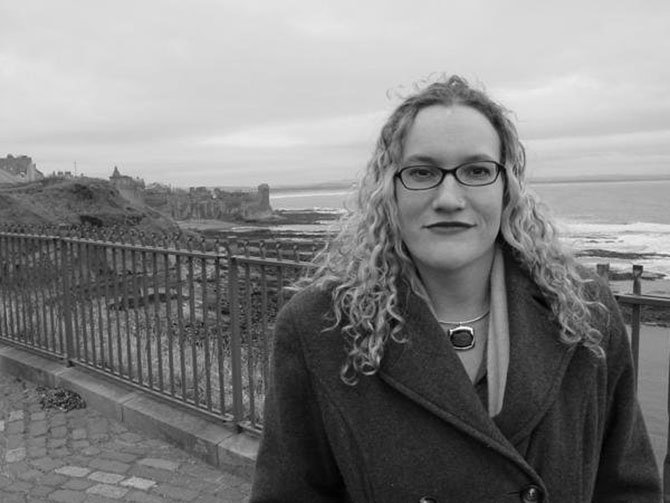 Arlington resident Catherine Tripp is a member of the operations committee for the March on Washington for Gun Control. Photo Contributed 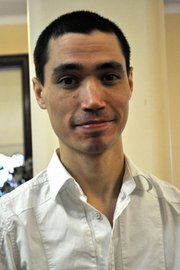 Arlington resident and actor Nicholas Yenson volunteered to help with social media and communications for the March on Washington for Gun Control after the Sandy Hook massacre.

Arlington — Responding to the Sandy Hook massacre, local citizens have volunteered their efforts in organizing a March on Washington for Gun Control to take place Saturday, Jan. 26.

The march is meant to show support for legislation that would prohibit the sale of assault weapons and extended magazines and require universal criminal and mental-health background checks for anyone purchasing a firearm.

Other goals include getting the sale of bullets that shatter inside of the body banned and requiring gun-safety training for anyone buying a weapon.

People will begin gathering at the Capitol Reflecting Pool on 3rd Street Northwest, across from the Museum of the American Indian, at 10 a.m.

At 11 a.m., participants will silently march down Constitution Avenue toward the Washington Monument, where they will hear speakers such as U.S. Rep. Eleanor Holmes-Norton, actress Kathleen Turner, and a survivor of the Virginia Tech massacre, Colin Goddard. There will also be musical performances with talent from Broadway and Washington.

Tripp is a member of the march’s operations committee, responsible for dealing with the logistics of the event, a task for which she draws experience from her job as a producer at the Rorschach Theatre in Washington, D.C. She was previously operations manager at Wooly Mammoth stage.

Tripp hasn’t actively worked to promote gun control before, but she has written letters to her representatives and attended a rally.

Originally from New Orleans, Tripp said she has family that hunts, and that she understands those needs as well as those of self-defense.

“But I don’t think that translates into assault weapons and military-style weapons,” Tripp said, “because — those guns, those weapons — the only purpose of them is to kill another human being.”

When she was in first grade, Tripp’s 5-year-old first cousin, once removed, found his grandmother’s handgun and accidentally shot himself while playing cowboys.

“It was a horrible accident, and I think, for me, that’s one of the reasons why I don’t want guns in my house, because there’s danger for accidents to happen.”

The grandmother sold seeds in a small town in Tennessee and had bought the handgun for protection after her husband had died 10 year earlier.

“As an adult, I can see why his grandmother had the weapon,” Tripp said. “I know what happened, now. Can I say, if she had been better trained, if she had better knowledge about safety, maybe the bullet wouldn’t have been there, maybe it would have been locked up — it was just a horrible accident.”

Tripp acknowledged that tragedies will continue to happen, but she is still believes change is possible.

“We can stop gun violence. … We can slow it down, we can affect it by at least saying this is too much. Our congress has a responsibility to protect this country from that kind of mayhem.”

Yenson, an actor, is one of many people working with social media and communications for the march.

Yenson had also supported gun control indirectly in the past, but he would rationalize “excuses” for gun violence that kept him from doing anything more.

As of Monday, Yenson said 2,503 people had RSVP’d for the march via Facebook or on the march’s website but many people who have not responded are expected to show.

For more information about the March on Washington for Gun Control, visit its website at http://www.guncontrolmarch.com/ or its Facebook page at http://www.facebook.com/GunCtrlMarch.