Traveling Back in Time
Votes

Traveling Back in Time 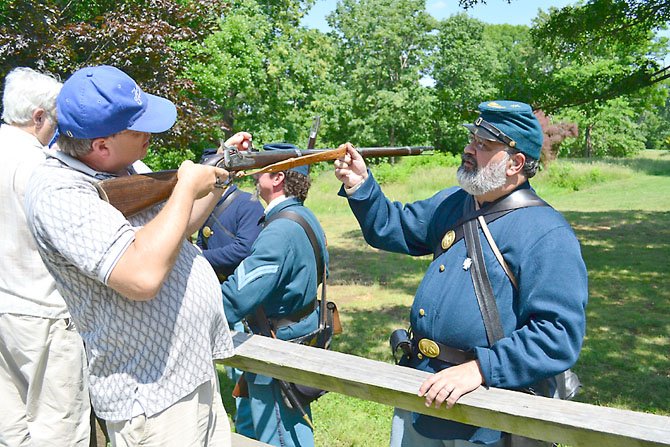 Paul Vaselopulos, right, demonstrates how to use a musket. Photograph by Ross Sylvestri

Traveling Back in Time

Alexandria — On Saturday, June 8, the Fort Ward Park Museum held its Civil War Fort Day, which involved what life was like for soldiers during the War at what was then a Union Army installation. There were actors who were dressed up as soldiers as well as civilians. Part of the event involved showcasing a typical encampment for the rank-and-file soldiers.