Principal of West Potomac High School was dedicated to students. 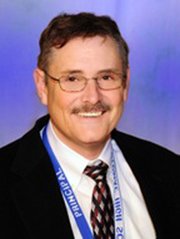 Mount Vernon — Cliff Hardison, the principal of West Potomac High School since 2009, died from lung cancer on Tuesday, July 23. He was 60 and did not smoke.

“It’s really a sad day and really a shock to everyone,” said Del. Scott A. Surovell (D-44). “Cliff was a real gentleman; his first priority was his students. He loved West Potomac High School and his staff respected him.”

Dan Storck, the Mount Vernon District member of Fairfax County School Board, was devastated upon hearing the news. He first met Hardison, a personal friend, 15 years ago when his son attended West Potomac. “He was a driver in helping kids reach their full potential. … He will be irreplaceable.”

Best friend Donald Majeske grew up with Hardison in the same Falls Church neighborhood and they reconnected at Edison High School 20 years ago when Hardison worked as a guidance counselor and he was a teacher. He said one of Hardison’s fondest dreams was to become a principal.

“He had passions and he followed through,” said Majeske. “He could not operate any other way than putting someone else before him. That was the way he lived.”

Principal since 2009, Hardison was director of guidance at West Potomac from 1992-1997. An educator for almost four decades, Hardison has served three different Virginia jurisdictions and was awarded PTSA life-time memberships at three area high schools (including West Potomac).

Family friend Eddie Marbaker of Springfield said Hardison would often work from 6 a.m. to 2 or 3 in the morning, and would sometimes sleep at West Potomac. “He was compassionate. He loved West Potomac. He loved the students. He had mentored so many kids.”

“Cliff was a caring and thoughtful person who inspired all who knew him and he will be greatly missed,” wrote Deborah Tyler, assistant superintendent, Cluster 4 in an email sent out to West Potomac families. “His death will leave a void that can never entirely be filled.”

Hardison began his career in Prince William County teaching English and social studies at the middle and high school level. His experience as a high school teacher and cross country and track coach then led him to Virginia Commonwealth University where he served as the men’s cross country and track coach. Hardison became a counselor in Chesterfield County Schools. In 1990, he became the counselor at Edison High School before being promoted at West Potomac 2 1/2 later. In 1997, Hardison transferred to Hayfield Secondary School to become administrative principal and later subschool principal. In 2007, he was summer school principal at South County Secondary and became the assistant principal for the Science and Technology Division at the Thomas Jefferson. He remained at TJ until his return to West Potomac.

A graduate of West Springfield High School, Hardison earned his B.A. in English from George Mason University, where he also earned his teaching certification in English and history. He completed his M.Ed. in guidance and counseling from Virginia Commonwealth University and is an ABD in his doctoral work in educational administration and leadership at Virginia Polytechnic Institute and State University.