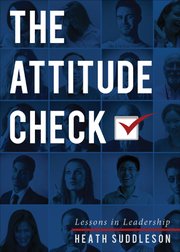 Potomac — After working with someone with a bad attitude, Potomac resident and professional speaker/ business leader Heath Suddleson began thinking "if he could adjust someone else's attitude by adjusting his own.”

Two and half years later, he released his new book, "The Attitude Check: Lessons in Leadership," discussing how an individual's attitude can make or break one’s effectiveness as a leader.

It is available at all retail markets including Amazon.com.

"'The Attitude Check' is a self diagnostic on how we look on our own attitudes and how we are helping or hindering our team," he said.

"The Attitude Check," a field guide for leaders, begins with the basics of leadership and then deals with how to build a team, resolving conflicts and grooming a successor along with variety of other topics. Each chapter builds upon the last to form a leadership life cycle.

Suddleson personalized the book by using examples of effective and ineffective leadership from his own career and life.

"It wasn't as much research as talking about the epiphanies that I had from examining all these situations," he said.

According to Suddleson, the most common mistake among leaders is that people don't understand who their customer is. A customer can come at various levels of an organization including the people on one’s team.

"As a leader you need your team way more than your team needs you," he said.

This type of attitude can cause leaders to "develop a sense of self importance" and do things that demoralize their team and then "they lose the camaraderie and capability of the team."

Suddelson admitted that he fell victim to this mistake when he was first placed in a leadership role. He believed that being a good leader was being authoritarian or having a command and control leadership style. 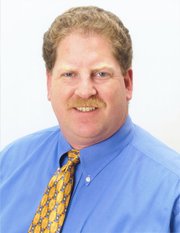 Since "checking his attitude," he learned that a responsibility and reward style is much more effective, focusing on rewarding a team member after they have followed through on a given responsibility.

The second most common leadership mistake is not understanding what motivates people.

"When you want someone to increase performance, you have to touch them on a personal level. You've got to find out what motivates them," he said.

Michael Abrashoff, Gary Schmidt and his personal mentor Bob Burg are three individuals he considers as possessing the qualities of a good leader.

"A leader has two roles, the first one is to empower and the second is to enable," he said.

Leaders should drive the natural instinct people have to succeed.

In addition, they should also "give their team the tools they need to get the job done" and to "remove the obstacles in their way, even if it is you."

Suddleson hopes that readers will come away from the book knowing that "anyone can be a great leader but it's going to take lots of time, practice and mistakes along the way."

Currently, he is working on another leadership book, "From Project Manager to Project Leader."

During his spare time, he enjoys riding his Harley Davidson, scuba diving, golf and trying out different restaurants in the Gaithersburg/Rockville area.

Besides his work as a professional speaker and executive coach, Suddleson has 25 years managing design and construction programs for a global engineering and construction company and he served as the director on the international board of directors for Toastmasters International from August 2009 until August 2011.