Molina Healthcare honors local residents for making a difference in the community.

In the 1980s, Vienna resident John Horejsi and a “ragtag” group of social justice pioneers learned that Virginia was charging sales tax on food stamps. They discovered the sales tax boosted the state’s coffers by $9.5 million every year, money that they believed belonged to poor families for food or other necessary items.

He and his “gang of eight”—which Horejsi had formed into a non-partisan group called Social Action Linking Together (SALT)—lobbied Virginia lawmakers to stop the practice. While most agreed the tax was horrible policy, the talks ultimately failed. Undeterred, SALT took a leap of faith and reached out to one of the most powerful and influential members of the U.S. Senate, Senator Edward M. Kennedy.

Kennedy helped SALT push legislation to stop the tax. Through that effort, Virginia and 18 other states removed the sales tax on the federal food stamps program. SALT, which influences public social policy and legislation on behalf of low-income Virginia families, especially in the areas of homelessness and hunger, now has more than 1,200 members and is a recognized force in social justice reform. 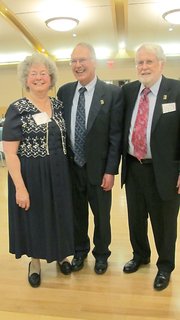 Hank Chao came to Vienna from Taiwan in 1984 when he was 25 years old. He arrived without a college degree and did not speak much English, but he believed that Asian Americans needed to “help build the bridge to the mainstream society.” In 2003 Hank joined one of the largest Chinese organizations, Hai Hua Community Center (HHCC), and eventually became its president. Chao started the annual Chinese Lunar New Year celebration, a popular multicultural affair, with Chinese, Indian, Indonesian, Japanese, Korean, Malaysian and Filipino groups presenting cultural performance, demonstrations, and arts and crafts activities.

He said that the Lunar New Year event "not only educates area residents about cultures in Asia, but also plays an important role in reconnecting those removed from the geographic area to the culture of their ancestors.”

Anne Louise Lainge Bailey of Alexandria believed it was important to improve mental health services for children and families. So she became the volunteer coordinator of The Nexus Committee, which focuses on improving the mental health of children through prevention, intervention, education and research, and as its name implies, brings together stakeholders to share information and ideas which can translate into effective action to advance government and private assistance to needy individuals and families.”

ALL THREE have something important in common. They are unheralded heroes—everyday people who saw a chance to make a difference and did. 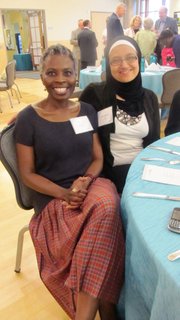 For their volunteer efforts, they were recognized as “Community Champions” by Molina Healthcare on Thursday, May 9, at the Stacy C. Sherwood Community Center.

“It is our pleasure and honor to recognize John, Anne Louise and Hank, individuals who go above and beyond the call of duty to help others in our communities,” said Dr. Jean Glossa, medical director of Molina Healthcare and Community Health Care Network. “Whether it’s advocating for social justice on behalf of those in need, coming up with ways to improve the mental health of our youth or providing culturally-sensitive resources and education to the Asian community, these Community Champion winners are inspiring and commendable for all that they do.”

Established to honor the memory of Molina Healthcare’s founder, Dr. C. David Molina, the Community Champions program spotlights the good deeds of everyday heroes in the communities served by Molina. 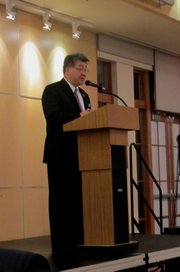 Hank Chao of Vienna, recognized as an “everyday hero” for his work with the Hai Hua Community Center, addresses the audience.

Each winner, who was nominated by a community-based organization, received a $1,000 grant to give to a deserving nonprofit organization as part of his/her award.

“This kind of award is not why we do the work that we do in the community,” Chao said, “but it’s nice to be recognized and I hope it will encourage and inspire others to join us in doing giving back to the community.”

Horejsi said he wanted to thank Molina Healthcare for “recognizing our community service and activism.

“To us it’s just democracy, but when Molina recognizes us it recharges our batteries and reminds us to keep going,” Horejsi said. 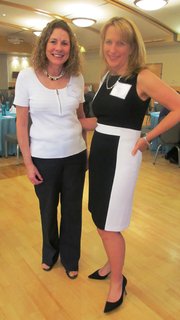 “Mental health is such an important issue for young people and at Nexus our mission is to build together better ways to improve the mental health and wellbeing of the young,” Lainge Bailey said.

“These are people who make a difference in our community and they deserve recognition,” she said.