Middle school students bring the arts to life in a play all of their own. 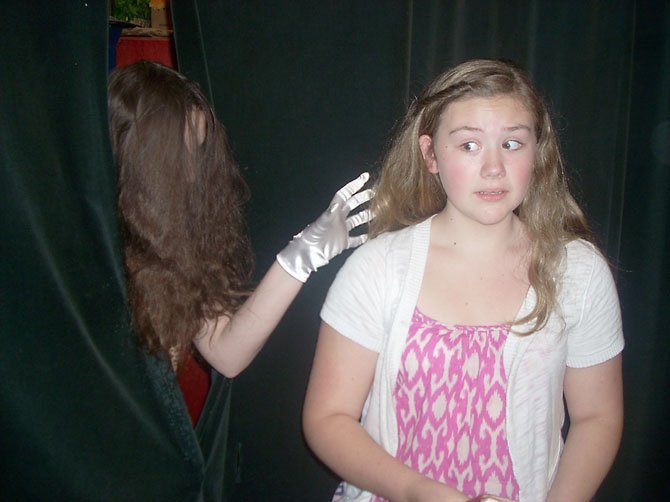 Sarah Huemmer and Caleigh Davis take to the stage for the “Empty House?”

Irving Middle School advanced theater arts students are set to present “Empty House?” in two performances on Friday, May 17 and Saturday, May 18 at 7 p.m.

The play sees contestants compete for a five million dollar prize on a reality show where all they have to do is to stay in the house and successfully complete the challenges. But things start going very wrong and people start disappearing. Soon, the remaining contestants realize the real prize would be making it out alive.

Written entirely by the students in King’s theatre class, the play lasts for approximately one hour and is free to the public.

“As a class, we brainstormed ideas for the show, then narrowed it down to the top three, then took a vote. This was the winner. The class wrote the entire script in small groups; each group took a scene (or two) until we had the full script,” said King.

A production, written entirely by students, is an annual tradition at Irving for the past nine years. And so with 33 students in this year’s class and one additional student, not in the advanced class, working sound the play is set to provide an entertaining evening for all who attend.

Located on Old Keene Mill Road in Springfield, Irving Middle School has “a full schedule of theatre classes (four theatre arts and one advanced theatre arts) and produces two other full-length shows: a non-musical in the fall and a musical in late winter, as well as two editions of Scenes Night (showcase performances from the Theatre Arts classes), and the advanced class production. Our final presentation is Scenes Night on June 5,” said King.