Seymour Foundation Seeks to Save
Votes

Seymour Foundation Seeks to Save 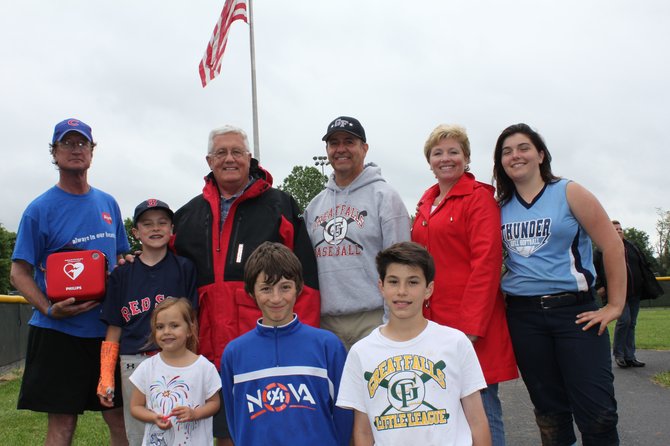 “There’s 350,000 occurrences of sudden cardiac arrest in this country yearly and we are trying to make sure that we keep as many of those as possible from becoming fatal. That’s our goal,” said Jim Seymour, one of the founders of the Seymour Foundation.

“We would never want anyone to experience what we went through and what Adam’s younger brother went through.”

Seymour’s son and the namesake of the foundation, Adam Seymour, died of sudden cardiac arrest at the age of 18 on Aug. 19, 2010 while he trained with the Lynchburg Soccer Team. Adam did not have access to an AED, which is vital for survival after cardiac arrest, for over nine minutes after he collapsed. After learning that an AED could have saved Adam’s life, Adam’s parents, Jim and Becky, and his brother, Nick, decided to found the Adam P. Seymour Foundation to highlight the dangers of heart defects and to honor Adam’s memory. The foundation’s goals include education about sudden cardiac arrest, promotion of awareness about AEDs, and the provision of AEDs to people and organizations, such as the Great Falls Little League.

“This is the perfect organization” Jim said, referring to the Little League, “because they are going to train all their coaches in CPR and AED use, they are going to involve the kids in it and that is what needs to be done.”

Currently the Seymour Foundation has funded and placed three AEDs in Fairfax County Public Schools, two in separate private schools and is presently working with the Fairfax Athletic Council to provide AEDs at remote athletic fields. The Seymour Foundation also awards scholarships to Robinson High School seniors and provides financial support to organizations such as Tender Hearts and Parent Heart Watch. They also host a 5K run and silent auction at Robinson High School as well as “Dining for Dollars,” a partnership with Glory Days Grill that runs from May 1-June 30 to support the Seymour Foundation.

Adam Seymour was a graduate of Robinson High School in Fairfax, where he was known as a dedicated student, exemplary athlete and a committed friend. He wanted to pursue environmental studies at Lynchburg College where he had achieved a long-standing goal of playing soccer for a college team. Through the Seymour Foundation, his family hopes that they can not only educate the public about cardiac arrest and heart defects but also prevent the loss of other young men and women. “We would never want anyone to experience what we went through and what Adam’s younger brother went through,” Jim Seymour said.

For more information on the Adam P. Seymour Foundation or to make a donation, visit http://www.adampseymourfoundation.org/about.html or contact adamseymourfoundation@gmail.com.