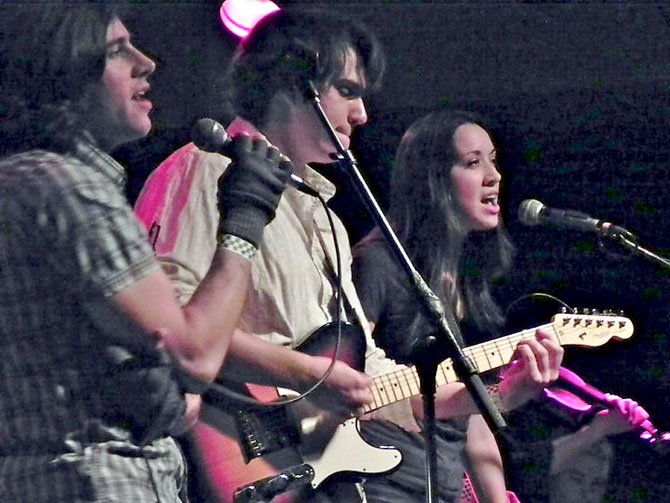 Summer Concerts on the Town

The Reston Town Center Summer Concerts on the Town will take place Saturdays starting June 1 through Aug. 24. All shows will run from 7:30 to 10 p.m. at the pavilion.

June 29—Chuck Redd and Friends, jazz under the stars

“Reston Town Center in summer is one of those places where you can show up early on a Saturday afternoon, watch some baseball and have some drinks, walk around and shop, then catch a concert to top it all off,” said Peter Jones of Reston. “My trick, if there’s a band I really want to see, has been to try and sit outside at Clyde’s for dinner, that way you get some great food and a great show.”

The concerts kick off with the Radio King Orchestra, a big band ensemble that the Washington Post called “one of the best big bands around.”

“I try and go to a few Concerts on the Town per year, but the one I never try to miss is the ones with the big orchestras,” said Jenny Fitzgerald of Herndon. “The pavilion always seems to catch those big, complex sounds really well, and usually the audience at those are ready to dance and have a great time, which makes it that much better.”

The Radio King Orchestra isn’t the only jazz orchestra on the schedule, David Akers and the Bohemian Caverns Jazz Orchestra will perform July 6 and the U.S. Navy Band Commodores will perform Aug. 17.

The only Saturday this summer without a Summer Concert on the Town scheduled is June 15. While there won’t be an official concert that day, there will be plenty of live entertainment, thanks to that weekend’s Taste of Reston Festival.

Sponsored by the Greater Reston Chamber of Commerce, the threeday festival will feature a carnival, food from 20 vendors from around Reston, beer and wine, and performances on three stages Friday and Saturday.

“I’m of the firm belief that one needs at least two days to properly experience the Taste of Reston,” said Heather Tallinn of Reston. “Maybe three if you have kids. There’s so much to experience, plus the stages are always rocking, and there’s plenty of beers, wine and food to sample. It’s s lot to squeeze in.”

This year’s event will also feature a Family Fun Zone, courtesy of the YMCA Fairfax County Reston. The stage will be located at the corner of Market Street and President Street, and will feature cooking, fitness demonstrations and live music, including a performance by Turtle Recall, a band comprising several South Lakes graduates.

The band’s debut album even features a hidden track tribute to Reston, recorded by Matt Kupferman, the band’s fiddler.

“Born and raised in Reston, a very nice place to be, but times I think I’d like to be closer to the sea,” the song goes. “There’s plenty to do in Reston, the Town Center is OK, but the bartender at ATR, he knows my middle name.” Turtle Recall will perform Friday, June 14 at 8 p.m. More information on Taste of Reston can be found at www.restontaste.com.