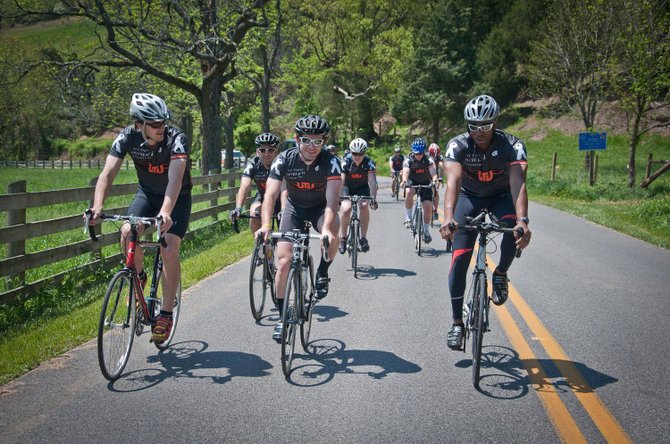 “Our nation’s universities and schools didn’t seem like a safe place, anymore, so the families and survivors of the Virginia Tech shooting bonded together after the tragedy and created a [nonprofit] foundation dedicated to making our schools safer so others would never have to endure the same pain.”

Gran Fondos are long-distance, group cycling rides that originated in Italy. And on Saturday, Oct. 5, the new Mosaic District in Fairfax will host the third annual VTV Gran Fondo for Campus Safety.

Presented by the VTV Family Outreach Foundation, it’s open to both recreational and competitive bicyclists, who’ll travel either 100- or 32-mile routes. Proceeds from the event will support VTV’s mission to improve school safety across the nation and assist victims of mass tragedies. 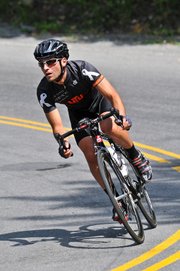 Arlington’s Omar Samaha, 29, will be among the participants, enjoying the ride with the VTV Cycling Team. But for him, it’s also personal—his sister Reema, a 2006 Westfield High grad, was one of the students killed in the April, 16, 2007 shooting massacre at Virginia Tech. And he’s dedicating his ride to her, to everyone affected by that tragedy and to all victims and survivors of gun violence across the U.S.

“My sister was one of 32 innocent lives taken from us [that day],” he said. “These were our friends, sisters, brothers, parents and children. Our nation’s universities and schools didn’t seem like a safe place, anymore, so the families and survivors of the Virginia Tech shooting bonded together after the tragedy and created a [nonprofit] foundation dedicated to making our schools safer so others would never have to endure the same pain.”

THE OCT. 5 EVENT is open to the public and includes food trucks, boutique vendors, music and entertainment near the finish line. Spots are available for additional vendors on a first-come basis. And if the VT football game is televised that day, it’ll be shown on Mosaic’s 40-foot, outdoor Jumbotron.

The 100-mile ride to Quantico starts at 8:30 a.m., and the 32-mile ride to Burke Lake begins at 2 p.m., near the registration tent by Fresh Bikes. Both routes start and finish in the Mosaic District at 2910 District Ave. in Merrifield.

Charitable entry fees are 100 miles, $80; 32 miles, $60; students, 50-percent off; first-responders, 25-percent off. Cost includes refreshments, a dinner ticket at the post-ride festival, entertainment and a commemorative T-shirt. For more information and to register, go to www.VTVGranFondo.com. 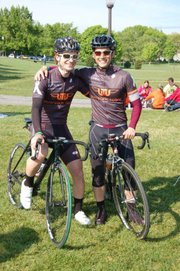 Samaha and his cousin, Tommy Fadoul, are co-chairing the event, with help from Rene Cummings, Marjorie Castro and Brittany Tarzia. Previous VTV Gran Fondos were held in Blacksburg. But, said Samaha, “We wanted to bring it to this area because it’s the foundation’s home for cycling, and our friends and families are here, plus a lot of Hokie fans and alumni.”

This location also enables those unable to travel to Blacksburg to participate. “We hope to have 100 total riders, and we’ve already nearly doubled last year’s total participants,” said Samaha. “We have people flying in from as far away as Denver and Miami.”

Omar Samaha at a cycling event.

Besides the VTV Cycling Team, also riding will be Monte Frank from Team 26 and the Sandy Hook Riders, known for their “Ride On Washington” in March in honor of the Sandy Hook shooting victims.

“Our annual Gran Fondo ride brings 21st-century awareness around the rising, national challenges with school and campus safety,” said Centreville’s Joseph Samaha, Reema and Omar’s father and the foundation’s president. “Our plan is to expand this event into a National Campus Safety Awareness Day held in major cities and college campuses annually.”

Meanwhile, Omar Samaha is getting ready for the upcoming Gran Fondo. “We started a cycling team a few years ago in the foundation’s name to raise money for it, so we’ve been riding in several races,” he said. “In the summer, we ride 50-70 miles almost every single weekend. But this event is the biggest fundraiser, and doing 100 miles is different. You feel the strain and fatigue during the final 30 miles, but we break it up with five rest stops, plus food and water. The 32-mile route has two rest stops.”

Getting outside on a bike is “lots of fun,” he said. “You’re riding with friends, talking and enjoying each other’s company. And at the Gran Fondo, you’re doing it while raising money and awareness, so it’s very community-oriented.”

“We look forward to having everybody together and having a great ride for a great cause,” continued Samaha. “We hope everyone can join us on that day to help support the foundation.”