QuinTango comes to JCC in Fairfax on Jan. 10. 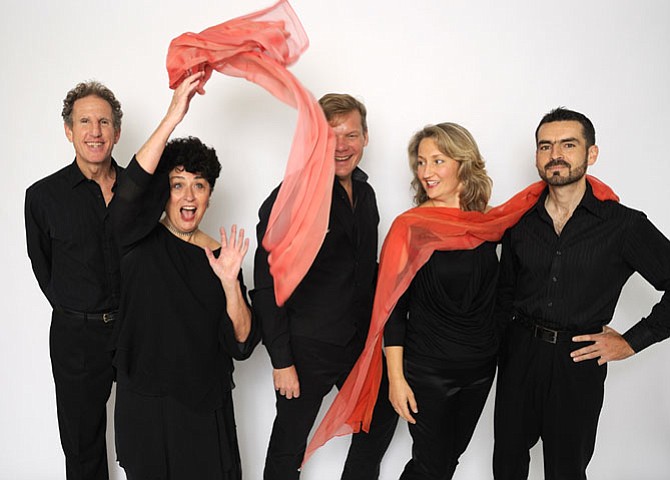 Where: QuinTango at the JCC of Northern Virginia, 8900 Little River Turnpike, Fairfax.

Soon you will be able to see the allure and emotions of the tango for yourself as the Jewish Community Center of Northern Virginia ( JCCNV) is bringing QuinTango to local audiences. It is to be a lively evening of music, spirited dancing by two Argentine dancers, and stories behind how immigrants brought the tango to the public's attention first in Argentina; then the world.

The troupe wants to create a dialogue with the audience. "We promise to give you our all - and in return we rely on your feedback, your sighs, your applause, your rapt attention," said Singer. "Together we can create a few hours of musical intimacy which will sustain us both long after the concert is over.

"We are creating something new every performance. Part of creativity is vulnerability - and in seeing it, in allowing it, the audience becomes part of the intimacy," added Singer. "We want people to understand what tango is – and to fall in love with it."

For some tango cultural references; Al Pacino won the 1992 Oscar dancing the tango in "Scent of a Woman." There was also Broadway's 1976 Tony Award winning "Chicago" with its musical number "Cell Block Tango" later performed by Catherine Zeta-Jones in the Academy Award winning 2002 movie "Chicago."

"I think the audience will come away with an appreciation of the history of Tango." This includes "the ways Eastern European immigrants and the tango benefited each other," said Dan Kirsch, JCCNV cultural affairs director.