Expressing his concern about the uptick in crime in specific areas of the Route 1 corridor and that the presence of car title lenders may be a factor, Supervisor Gerald Hyland, joined by Lee District Supervisor Jeff McKay, asked the County Attorney to look into the options available under the board’s existing authority to restrict car yitle lending companies from locating their businesses along the Route 1 corridor.

Hyland pointed out that it had come to his attention that another jurisdiction was able to use their authority to restrict where the lending companies could locate. In addition, Hyland has asked the police chief and the county executive to look into the method of allocating police officers to take into account the type and serious nature of the violations as a factor in allocating police officers. In that connection he expressed his concern about the recent crimes being committed along the Route 1 corridor, specifically including the Huntington area.

Hyland, a 26-year veteran of the Board of Supervisors, is the chairman of the board’s Public Safety Committee.

Expressing his concern about the uptick in crime in specific areas of the Route 1 corridor and that the presence of car title lenders may be a factor, Supervisor Gerald Hyland, joined by Lee District Supervisor Jeff McKay, asked the County Attorney to look into the options available under the board’s existing authority to restrict car yitle lending companies from locating their businesses along the Route 1 corridor.

Hyland pointed out that it had come to his attention that another jurisdiction was able to use their authority to restrict where the lending companies could locate. In addition, Hyland has asked the police chief and the county executive to look into the method of allocating police officers to take into account the type and serious nature of the violations as a factor in allocating police officers. In that connection he expressed his concern about the recent crimes being committed along the Route 1 corridor, specifically including the Huntington area.

Hyland, a 26-year veteran of the Board of Supervisors, is the chairman of the board’s Public Safety Committee.

In preparation for this year-end review I thought it would be useful to first look back to the 1980s when a county land use planning study concluded and the Board of Supervisors agreed that the county’s planned density should be reduced by one half in order to accommodate a transportation system and the anticipated growth in population. Because of that study in 1991 the county rewrote the Comprehensive Plan. That Plan, since amended, now guides all land use actions. The Plan text for Mount Vernon District is essentially as developed by a 1991 Mount Vernon District Task Force. Actions to rezone and grant special exceptions are now the principal agenda items of the Planning Commission. Land owners can still develop as zoned, since land once zoned is the law until changed at the owners request. However, any requests for rezoning or special exception must be compatible with the Comprehensive Plan.

In the present circumstances, with the growth in population, and in particular the unprecedented growth of the military population at Fort Belvoir, and the introduction of rail mass transit as a viable option, there is pressure to extend mass transit along Route 1 to Woodbridge, and pressure for mixed-use development to attract residents and sustain commercial activities in the area. Population growth and the potential to extend mass transit along Route 1 to Woodbridge is a driving force behind what I would characterize as the region entering a transformational era that will change the Mount Vernon area from a suburban drive through commuter region to a urban-suburban region where an increasingly diverse population will live and work in the area instead of commuting elsewhere. Commuting to the D.C. and other areas, although remaining important, will give way to a more urbanized region. Here are some of the actions in the works that will transform Mount Vernon in the years and decades ahead:

For this past year I personally believe the most important accomplishment was revisions to the policies regarding the site location of telecommunication services. Telecommunication policies now favor new less intrusive technologies which will be less visible in the neighborhoods where they are located. This is in part a result of Fairfax County’s decision, at the urging of the Mount Vernon Council, and with the support of our Mount Vernon Supervisor, and upheld by a federal court ruling.

As to next year and beyond, adequate transportation will continue to be a major concern of the commission and the Board of Supervisors. The development of metro mass transit areas using urban development standards recently adopted for Tysons Corner that are pedestrian friendly will influence development plans county-wide. Simultaneously, the commission will retain standards for our suburban residential neighborhoods that make Fairfax County a great place to live, work, and play. That includes use of residential studio units as recently adopted by the Board of Supervisors. 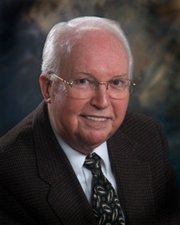 Q. What were your committee’s priorities for 2013?

A. Support for and comments on the restoration of Dyke Marsh Wildlife Preserve, and support for legislation that would allow localities to authorize a 5 cent fee for disposable shopping bags to reduce the plastic bag litter. The committee met with Senator Ebbin who will be introducing bag fee legislation in the upcoming General Assembly Session. In addition, the committee publicly supported the establishment of an off-leash dog park at Westgrove Park, which was established by the Park Authority.

The committee keeps informed and, when appropriate, voices its views to the MVCCA board and/or before other public forums on matters of interest such as the restoration of Huntley Meadows Park, new software tools to assess tree cover in Fairfax County, and the proposed Green Energy Park at the Lorton construction debris landfill.

Q. What are the committee’s 2014 priorities?

A. We will continue to address the litter problem, monitor the watershed plans and the county’s effort to reduce storm water runoff. Also, we will continue to urge efforts to control invasive exotic plants, advocate for parks and trails, and to make our homes, parks, schools, and yards more environmentally friendly.

Q. What were your committee’s most important accomplishments in 2013?

A. Determining the feasibility and community support for a farmers market in Belle View Shopping Center. A survey revealed strong support by the community for a farmers market at Belle View Shopping Center. We are now working with the Belle View Merchants Association on the next steps. We also worked on the issue of a one-use plastic bag tax or fee. The committee agrees that there is a problem but objects to charging a fee to responsible consumers to change the behavior of others. At the present time our committee supports action to require merchants to not issue bags to consumers that harm the environment instead of charging a fee to use the bags issued by the merchants.

Q. What else would you like to convey to the readers for the new year?

A. We would like to invite anyone interested in participating in our monthly teleconference meetings to do so. We also welcome ideas on what issues our committee should pursue. You do not have to be a member of the MVCCA to participate in our meetings. We welcome participation from anyone in the Mount Vernon community. Teleconference: 866-866-2244; pass code: 4636258

The Station’s strategic plan for 2014 will focus on combating several areas of concern through a combination of prevention, education, and enforcement. We will continue to engage the community with Domestic Violence presentations and outreach to address both domestic assaults and dating violence among our teen population. The officers of the Mount Vernon District will as always aggressively pursue criminal violations, specifically targeting violent crimes, through “hot spot” patrols, patrol resource allocation, and statistical analysis. Finally, our officers will once again participate in several agency and station-based initiatives to address vehicular violations along our roadways, to include aggressive and inattentive driving, improper passing, and school/bus passing violations. Also, our Station, through our partnerships with other county entities, charitable resources and faith-based organizations will participate in programs designed to enhance pedestrian safety and engage the homeless along the Richmond Highway corridor

In February 2013, Fort Belvoir welcomed a USO-sponsored Warrior and Family Center to Post. The new 20,000-foot facility will provide respite to Soldiers of the Warrior Transition Battalion and their families. Activities at the center include: physical health and recreation, family strengthening, behavioral health, education, employment, and community reintegration.

In June, a new Army and Air Force Exchange Service shopping Mall was opened. It includes 22 shops in the mall, in addition to the main exchange, and 270,000 s/f of floor space. The Exchange Mall represents savings opportunities to patrons while returning a portion of the generated funds to the Morale Welfare and Recreation program.

In September, a $11 million Fort Belvoir Community Hospital was dedicated to the treatment of wounded warriors who suffer from traumatic brain injury and post traumatic stress. Called “Intrepid Spirit” the building is the first of nine National Intrepid Centers of Excellence aimed at standardizing a single concept of care for patients dealing with TBI, PTS and other psychological health conditions.

Focused on Comprehensive Soldier and Family Fitness programs, Fort Belvoir escalated its efforts in resilience. A program designed to teach soldiers, family members and Army civilians to thrive and grow in the face of adversity trained more than 730 Belvoir community members over the last year. Belvoir remains committed to addressing the resilience issue. Learning not only to bounce back from difficult experiences but to grow and develop from them will aid Soldiers, families and Army civilians in facing difficult challenges ahead here at home or when the nation calls again to face down another threat.

Fort Belvoir today is a community of more than 46,000 people who live, work, and play here. Continuous improvements are underway to modernize infrastructure, such as burying existing overhead power lines. Belvoir remains committed to open collaboration with government leaders, business, civic organizations to find opportunities for mutual benefit where possible. The rich history of such cooperation and the potential for future partnerships will help us to achieve the Belvoir vision, to be the place our community calls home.

A. Funds were obtained for widening Route 1 through Fort Belvoir; we highlighted the priority need for the extension of the Yellow line down Route 1; and worked with county officials to locate a transit center on Route 1 for use as a metro stop; brought to the attention of county officials their authority through section 17-201 of the Zoning Ordinance and transportation impact fees to require “by right” developments to provide transportation infrastructure; and urged county officials to enforce proffers. We also stressed the need for a safe bike trail to be established on Fort Hunt road in the vicinity of the Belle Haven Country Club; and commented on the transportation needs in connection with the development around Kings Highway and U.S. Route 1 and Huntington Avenue.

A. We will monitor and comment on the Virginia transit study of Route 1 which will determine the scope and character of transportation and development for years to come; monitor and comment as needed re: Mulligan Road (Jeff Todd Way); and continue to press for the development of a bike trail between Belle Haven road and Route 1 along Fort Hunt Road; call attention to the transportation safety issues with the U.S. Park Service and County and state elected officials concerning the safety issues inherent in accessing the Mount Vernon Bike Trail, Belle View Boulevard and Morningside Lane. In addition, we will urge that the following be looked into: the need for a VDOT safety study of Fort Hunt Road; the need for underground storm sewers; pressing the county and the Corps of Engineers to install previously approved bike trails connecting Route 1 with Telegraph Road along Cameron Run. The trail could be constructed on the surface of the Dike, similar to those established for other bike trails.