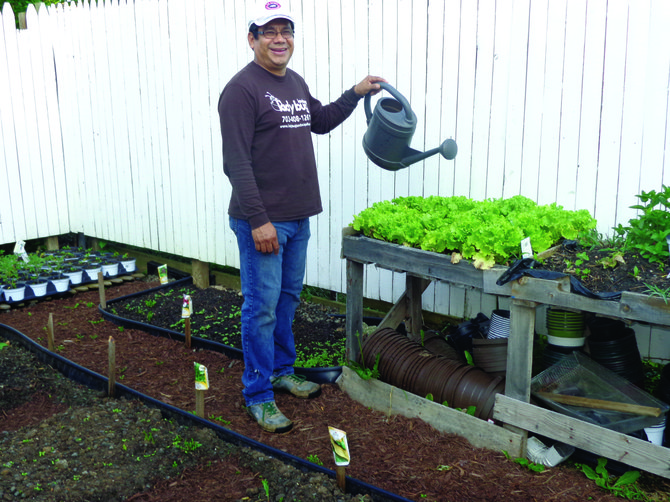 For many working poor, the challenges of conquering the barriers to education, childcare and transportation are too great to overcome. Northern Virginia Family Service (NVFS), the nonprofit known for providing food and shelter, health and dental access, and Head Start programs for more than 36,000 local residents a year, also is working to alleviate poverty with its innovative entrepreneurship program.

One of the organization’s clients, Roberto Lopez, was formerly a biologist and agronomist consulting with UNESCO in his native Nicaragua; but took a job with the maintenance staff of a public institution when he moved to Virginia. Like many immigrants, his degrees were not valid in the U.S. and his lack of English skills limited his job prospects. Throughout the repetitive days of monitoring scrubbing and sweeping (and even with a subsequent promotion to manager), Roberto dreamed of a way to apply his biology and agronomy knowledge to start a business. He slowly formed a plan to grow vegetable and herb gardens for the residents of Virginia, optimizing the garden according to light, soil quality, space and plant combinations. To move the idea from concept to reality, Roberto needed guidance and capital.

That is when he visited the Hispanic Entrepreneurship Program of Northern Virginia Family Service. The program provides integrated, long-term support for the economic success of Hispanic entrepreneurs. Their business consultants guided Roberto through licensing, business planning, and most importantly, obtaining capital.

NVFS is an approved trustee of Kiva Zip, a program launched by Kiva.org to crowdfund microloans with 0 percent interest. Once NVFS helped Roberto develop a solid business plan, the agency endorsed him on KivaZip.org. Roberto’s profile shared the details of his qualifications and his business idea. NVFS’ endorsement described why Roberto would achieve success and pay back the loan responsibly. From there, people from Northern Virginia – and around the world – began to crowdfund his loan. With as little as $5, nearly 50 individuals showed their support for Roberto and lend to his business. Many will stay involved as potential customers, business advisers and brand ambassadors.

In Roberto’s case, the metrics of a traditional bank loan would have immediately disqualified him as a borrower. Banks have to rely on time in business, credit score, collateral, available cash and other factors that a new business created by a new, low-income immigrant will not have. Kiva Zip, on the other hand, relies on trustees like NVFS who vouch for the borrower’s character and business plan. NVFS currently ranks as the top Kiva Zip trustee in Virginia and #9 in the country, boasting a 100 perecnt repayment rate from its borrowers.

“I see tons of entrepreneurs like Roberto who are extremely well-educated with bright business ideas. They are challenged to learn English, computer skills, and a new culture while often stuck in unskilled, low-paying jobs,” reflected Adrienne Kay, coordinator of NVFS’ Hispanic Entrepreneurship Program. “Through our partnership with Kiva Zip, I’m thrilled that we can create more opportunity for these entrepreneurs and hopefully more jobs in Northern Virginia.”

Roberto’s business quickly became a reality. Ladybug Landscape, LLC, now serves two embassies in D.C. and dozens of residents in Northern Virginia. This past year, he created two full-time jobs and two part-time jobs. From Roberto’s first Kiva Zip loan of $4,000, he invested in efficient landscape equipment and in his webpage (www.ladybuglandscapellc.com). After fully paying his first loan, Roberto returned to fundraise on Kiva Zip for an $8,000 loan to build out his truck to hold more plants and equipment.

“Roberto’s experience mirrors that of so many entrepreneurs in the U.S. and around the world. People who have the passion and the plan, but who lacked just a little bit of capital to get their ideas off the ground,” said Premal Shah, president of Kiva. “Through crowdfunding their loans, we can begin to fill the lending gap and be a part of their journeys of success.”

“I was so inspired by everyone who believed in my business,” Roberto said. He now volunteers as a guest speaker for NVFS business planning classes and aspires to become a trustee himself for entrepreneurs in his home country of Nicaragua.