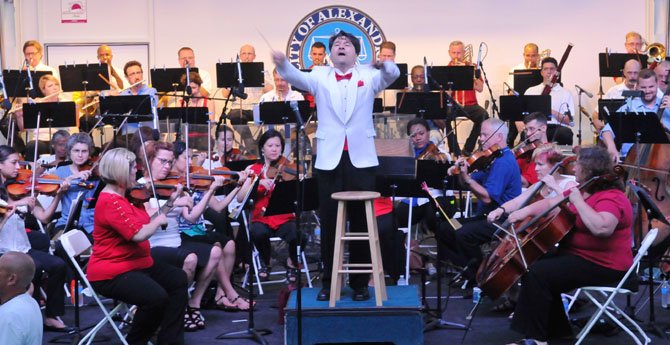 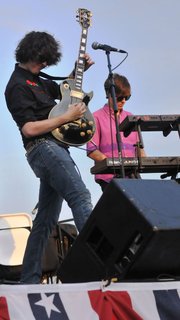 At 8:30 p.m. Maestro Kim Allen Kluge took the stage and opened the evening concert with the playing of the National Anthem. The evening concert “To Dare” featured music from “Star Wars,” “Harry Potter,” “Pirates of the Caribbean” and “The Sound of Music.”

Alexandria Symphony Orchestra guest conductor Ann Corson took the stage and directed the orchestra in John Phillip Souza’s “El Capitan.” During the performance of Tchaikovsky’s “1812 Overture,” cannons from the Quantico Marine Base were fired into the air and signaled the start of the evening firework show.