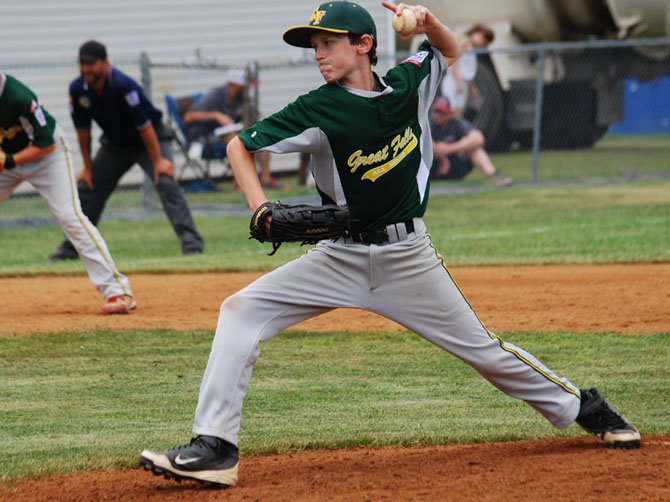 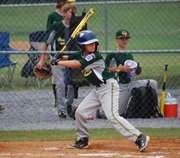 Justin Duenkel, of the Great Fall Little League All Stars, with a hit in the State semi-finals, scoring one of 8 runs.

Along the way, Great Falls beat Bristol 14-2, Loudoun South 8-7, and Green Run 10-7 in the quarter-finals. Incredible pitching performances were put in by Faili, Bean, and Jake Berry.

“Great Falls should be proud of what our kids have accomplished,” said GFLL Manager Steve Baskin. “Our small little league with only 4 Majors teams developed one of the top 4 teams in the state. Every single member of this team contributed and we needed all thirteen of them to accomplish this feat. The boys worked hard and will carry these unbelievable memories for the rest of their lives.”