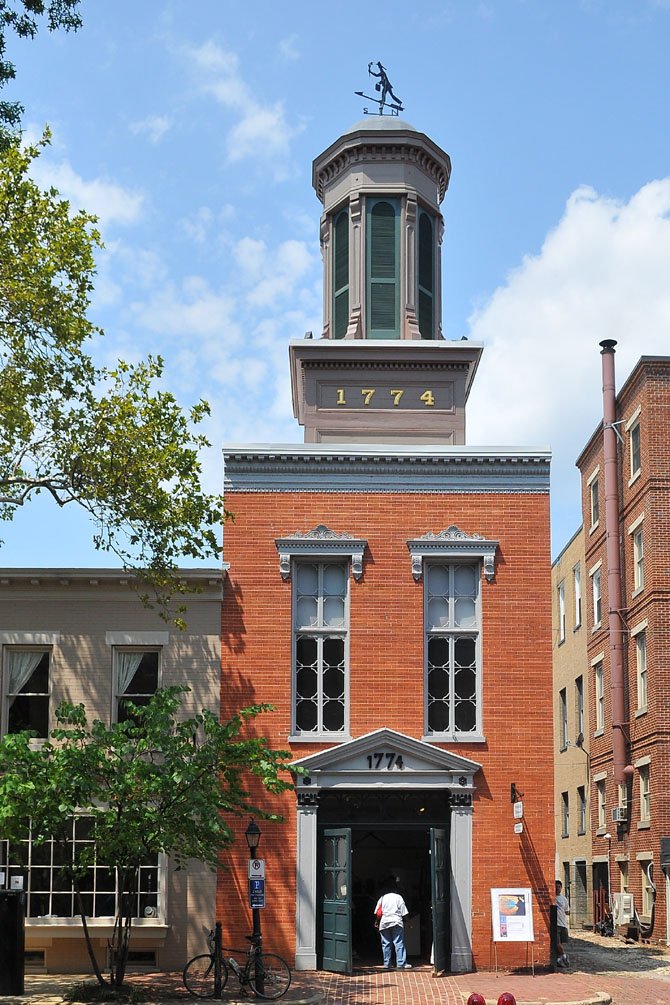 The current Friendship Firehouse was built in 1855, underwent remodeling in 1871 and restored by the city in 1992. The firehouse now serves as a city museum LOUISE KRAFFT

“This is a fun, community-wide event,” said organizer Bill Kehoe. “There will be free tours of the museum, firefighting apparatus on display and free fire helmets and balloons for kids. It’s always a great time for everyone in the family.”

Held at the historic Friendship Firehouse, the festival celebrates the role of firefighters throughout history. The event will feature a collection of antique fire equipment and a display of modern fire apparatus by the Alexandria Fire Department. Other attractions include craft booths, food vendors and free birthday cake.

“The Festival is a great way to support the community and learn about the history of firefighting,” Kehoe said. “And we cut the birthday cake at 11 a.m. It’s a block party where everyone has a good time.”

The 100 block of South Alfred Street between Prince and King streets will be closed to traffic for the festival. Admission is free.