Thousands turn out for annual festival. 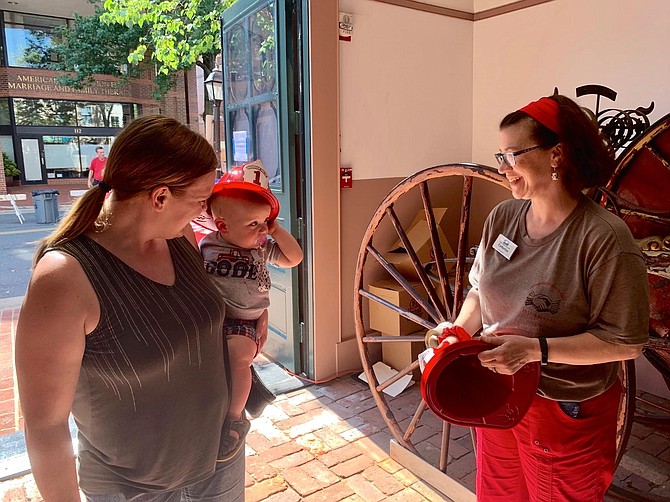 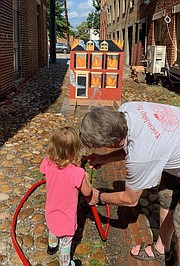 Volunteers showed attendees how to put out a mock fire during the Aug. 3 Friendship Firehouse Festival. 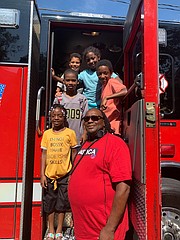 “We’re excited to be here at the festival,” said Tracy Dace, founder of the youth nonprofit DREAAM House. Dace was visiting Alexandria with a group of 52 from Champaign, Ill., and toured the museum and climbed aboard the fire apparatus. “Everyone is enjoying this.”

The Friendship Fire Company was established in 1774 as the first fire company in Alexandria. On display during the festival was the 1858 Prettyman hose reel carriage, voted the favorite Virginia Association of Museums Top 10 Endangered Artifacts.

“This year’s festival was a very successful event,” said lead coordinator Bill Kehoe. “The weather was hot but visitors and exhibitors alike all had a good time.”

According to Kehoe, more than 4,000 visitors attended the event, with over a thousand taking the time to tour the Friendship Firehouse Museum.

“One extra benefit came from the fact that several cars did not heed the no parking signs and were towed away,” said Kehoe of the South Alfred Street road closure. “During this process, the Police Department was there to assist. The cops and cars were still on site as the festival started up and bingo, a new exhibit formed. Kids and adults were anxious to get in the squad cars and look around at all of the buttons, etc. It was a huge success. Obviously, we will formally invite them and the Sheriff next year.”

After decades of coordinating the festival, Kehoe announced that he will be stepping down from that role.

“Age and pace are creeping up on me and I have decided this will be my last festival as the lead coordinator,” Kehoe said in an email to board members, who will continue to sponsor the festival.

The Friendship Firehouse Museum is located at 107 S. Alfred St.