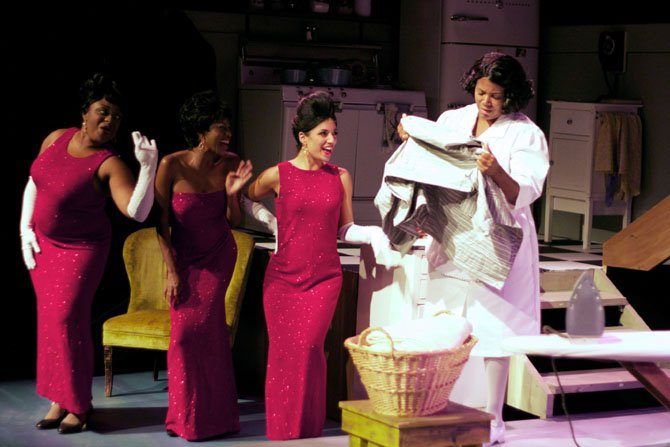 Evan Hoffman won the award for Outstanding Direction of a Musical, for Elden Street Players’ production of ‘Caroline, or Change.’ In a rehearsal picture, from left, Ivana Alexander, Andrea Gerald, Ariana Kruszewski, (as the trio in character as ‘The Radio’) and Anya Randall Nebel as Carolyn. 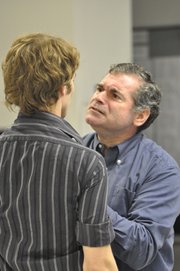 Elden Street Players’ production of ‘Red’ won four WATCH awards including the Best Play. In a rehearsal picture, from left, Brandon Herlig (as Ken) and Michael Kharfen (as Mark Rothko).

"We are excited about the wealth of talent represented by this year's WATCH Award nominees and winners," said Roy Peterson, WATCH Chair. "This group is just one indicator of the vitality of the DC metro community theatre scene."

WATCH is the organization that adjudicates productions and presents annual awards recognizing artistic and technical excellence in Community Theater. The WATCH awards help to foster and encourage the growth of community theater. A total of 114 productions (42 musicals, 72 plays) were judged in 2013 from which the nominations and awardees were chosen.

The WATCH awards were announced at a ceremony at the Birchmere in Alexandria on Sunday evening, March 9. The Elden Street Players received WATCH Awards for: