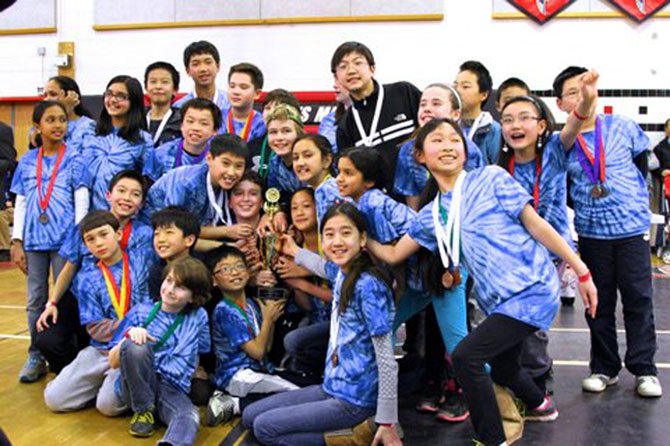 The Churchill Road Elementary School Science Olympiad team turned in a fabulous performance at the Virginia Science Olympiad Regional Tournament on Saturday, March 1, at Madison High School in Vienna. Competing against 20 other teams from area elementary and middle schools, Churchill Road’s team won First Place. The school’s fifth and sixth graders competed against other fifth and sixth graders, as well as seventh and eighth graders, in science topics that included Life Science, Physics, Chemistry, Earth Science, Technology and Inquiry and Nature of Science. CRS students placed in the top five in 14 events, and they placed in the top 10 in most other events.

Churchill Road fifth grader teacher Jennifer Ezzell and parent Rajee Ramesh were the team coaches. Ezzell said, “I’m so proud of how hard the kids worked and how great they did competing against the other teams, especially the middle schoolers. The students put in a lot of extra time after school and on weekends preparing for the competition. Many thanks to all of the parents for their support, especially parent coach Rajee Ramesh.”