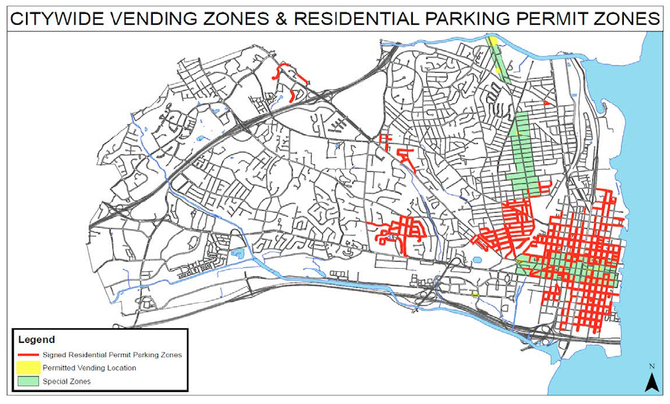 Last May, City Manager Rashad Young issued a series of recommendations that would have opened the door to food trucks in Old Town, Del Ray and Carlyle. That created a backlash among restaurant owners, who said their livelihoods would be threatened. So the city manager withdrew his proposal and set up a 10-member task force to issue recommendations. Now, a year later, members of the work group say they've been snubbed now that city officials have crafted a series of recommendations without first receiving a written report from the task force.

"We're feeling let down because we worked for a long time to get consensus and fine tune this," said Yvonne Weight Callahan, convener of the work group. "It's distressing that a number of these issues have not been presented showing the division within the group or the depth with which we considered the issues."

For example, members of the task force were divided about whether or not food trucks should be allowed on the Royal Street side of Market Square. When members voted, five approved and four opposed. But when city staff presented a PowerPoint presentation to City Council members, the slide with the headline "King Street Vending Zone" explained "all agree" allowing food trucks on the 100 block of North Royal Street.

"To me, that's a big red flag," said Charlotte Hall, vice president of Potomac Riverboat Company. "Is this how we are going to be treated moving forward? Oh, we'll just have these meetings so we can say we met with these people but we're really not listening to their ideas."

THE PLANNING COMMISSION is set to hear a series of recommendations from the city officials on May 6 even though the work group never issued a report. Then the City Council is expected to consider the staff recommendations on May 17. In some cases, the recommendations of the staff are in direct opposition to what would have been in the work group's report if members had been given the time to complete it. For example, city officials are recommending that food trucks can park anywhere in the Carlyle neighborhood as long as they pay the meter.

"The committee said here's a spot within a block of the Patent and Trademark Office, and you've got three guaranteed spots so go at it," said "Mango" Mike Anderson, a restaurateur who was a member of the work group. "So we were pretty surprised when we got the map during the meeting."

The recommendations now on the table are that food trucks should be allowed citywide between 7 a.m. and 8 p.m. with some restrictions. For example, they would be prohibited in residential parking districts. They would also be prohibited in high traffic and pedestrian areas, which include most of King Street and Mount Vernon Avenue. But under the proposal now under consideration, food trucks would be allowed between 11 a.m. and 2 p.m. at newly created vending zones, each with three designated parking spaces.

"My question is what is the government interest in picking and choosing where a business can operate?" asked Che Ruddell-Tabisola, executive director of the DMV Food Truck Association. "You wouldn't pass a low to prohibit a Subway restaurant opening across the street from a Cosi. So what is the government interest in banning food trucks from an area because you have the incumbents complaining about it?"

THE RECOMMENDATIONS also set out a series of fees that food truck vendors would be responsible for paying. First, there would be an application fee of $100. That would have a renewal fee of $100. Then there would be a right-of-way fee of $450. That's in addition to an annual food license fee of $40. Vendors would also be responsible for an annual health permit of $50 and a semi-annual propane tank inspection fee of $143. Brick-and-mortar owners say they have invested substantially more to open their establishments.