Apprehension Grows Along with Cost Estimate

200 percent spike in cost of streetcar creates a sense of uneasiness among businesses. 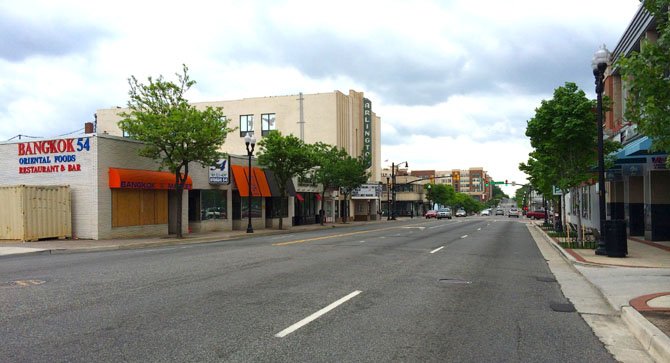 Cost for the streetcar project on Columbia Pike is now estimated at $358 million.

Will the Columbia Pike streetcar be good for business?

"And it will go up more, I guarantee it," said Josephine Whipbley, owner of Frank's Engraving. "I know how long it would take for them digging up the street, and people wouldn't even be able to get to our business. So I resent that part of it, and I live in Arlington County and I don't like what my taxes are."

Advocates for the streetcar say the system will attract what they call "choice riders," people who would never consider riding a bus. They say the financial investment would be worth it in the long run because Columbia Pike would become a vibrant destination for people throughout the region, a thoroughfare that's expected to add tens of thousands of new residents in the coming years who will expect to have a transit system able to handle the crush of new people.

"It will help not only the businesses but the employees and even the customers," said Dania Perdomo, a stylist at Beatriz International Hair Salon. "It will be better for everybody."

AS THE COST has been escalating over the years, so has the financing plan. Back in 2013, Donnellan's proposed capital-improvement plan explained that the streetcar line would be financed this way: "Revenue bonds, supported by the commercial real-estate tax, will be issued in FY2014." The plan eventually approved by County Board members removed language about the revenue bonds, explaining, "the preliminary financing plan includes bonds that are potentially supported by the commercial real estate tax, beginning in FY2014." Now that language has been changed again.

The shifting sands of the cost estimate and funding schemes have created a sense of apprehension along the pike, where many business owners remain skeptical. That sense of unease was underscored when county leaders were forced to defend a design cost of $1 million for a "superstop," a facility that could serve as a stop for buses or streetcars. County leaders announced last month that they had reduced the cost of the superstop by 40 percent. For many, that's a small consolation considering the cost of the program has gone up 200 percent.

"This is a boondoggle," said Barry Cox, a freelance writer who owns a business near the superstop. "I just don't see how it's efficient transportation or efficient use of money, and from a selfish standpoint I'm going to be putting up with a lot of construction noise."

MANY OF THE BUSINESS owners on Columbia Pike have a hard time understanding why county leaders are pushing so hard for a system that will mix streetcars and buses. The current plan is to have 10 streetcars that will serve the pike along with 34 buses. That's why the superstops are needed, so both modes of transportation can be used at stops designed to handle either mode. Some say that raises red flags. Others say they look forward to a day when the cars will bring more customers.

"We're going to have more traffic," said Vicky Sanchez, a stylist at Le Touche Beauty Salon. "The neighbors are going to be walking and they are going to know more about us."

County officials say it's not just the cost estimate that's rising. It's also the expected ridership. By 2035, they say, transit ridership along the Columbia Pike and the Crystal City-Pentagon City corridors is expected to more than double. A new analysis released last week said 59,800 daily transit trips are projected for the two key corridors.

“The projections of a substantial increase in population, jobs and transit ridership in these vital corridors — and of more people choosing streetcar over bus — underscores the need to add streetcars to our transit mix,” said Donnellan. “Investing in streetcars now will ensure that we have the transit capacity we need to manage growth in a sustainable way and to ensure that our neighborhoods and businesses continue to thrive.”