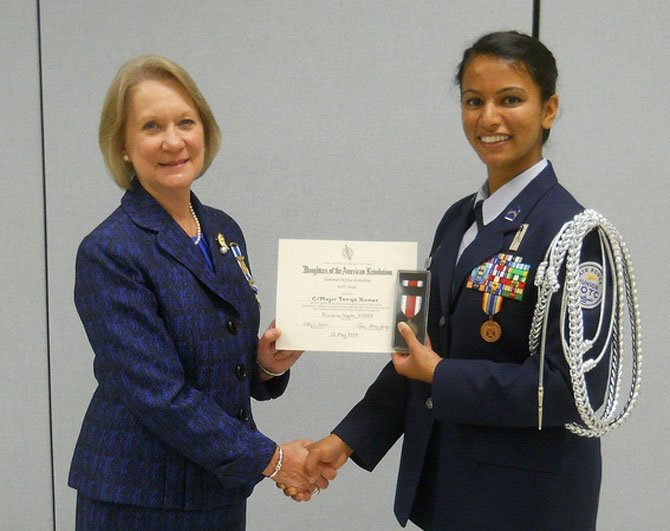 Marsha Price, of Providence Chapter, Daughters of the American Revolution, with Tanya Kumar.

DAR awards ROTC medals to student cadets of outstanding ability and achievement. The schools select the award recipients, who must have shown qualities of dependability, good character, adherence to military discipline, leadership ability, and understanding of the importance of ROTC training. In addition, the recipients must have demonstrated loyalty and patriotism, must have earned a record of military achievement through their participation in the ROTC program, and must have been in the upper 25 percent of their classes in ROTC and in academic subjects.

DAR was founded in 1890 to promote patriotism, preserve American history, and support better education for the nation's children. Its members are descended from the patriots who won American independence during the Revolutionary War. See www.DAR.org.