Up, Up and Away
Votes

Up, Up and Away 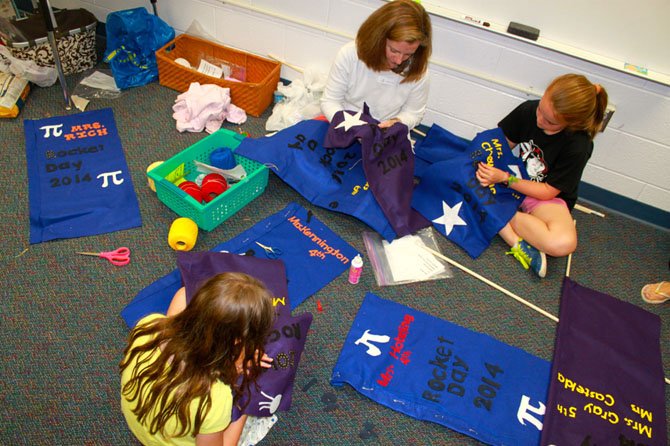 Next month, students at Great Falls Elementary will prove that rocket science has no age limit.

Each homeroom put together and decorated model rockets on the 20th and 21st for their third annual Rocket Days.

A group of fourth and fifth grade girls helped to work on a rocket that will be given to the Great Falls Elementary Principal for Rocket Days.

“A parent realized he had a passion for model rockets when he was a kid and thought it would be neat to start it,” said Dawn Schnell, parent chairperson for Rocket Days. “Some of these rockets go 600 feet high.”

The rockets are not going to take to the sky until June 10-13, but much of the legwork to prepare for the 40 models were done last week.

The students learned to put together their rockets and learned the difference between three models as a Science, Technology, Engineering and Math (STEM) component, but used the left side of their brain the next day when they painted the rockets. Some students studded theirs with stickers. Others dusted them with bursts of glitter.

“We had multiple types of rockets to choose from,” said fifth grade student Shibli Nomani. “In the bigger ones like this, a parachute will drop out because it’s heavier.”

He said bits of yellow were incorporated in the design because his class voted on that color. He wanted to make the rocket comic book themed to add a twist to his class’s idea.

“I like rockets and building stuff. I have a rocket set close to this one. It’s cool when they launch.” 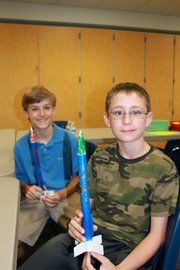 Decorating was a reprieve from following complicated instructions on building models of a vehicle they have only seen in pictures or on the television.

“Some of it was confusing, but it was fun,” said fourth grade student Rose Boos.

Sixth grade student Mark Mahdessian wanted to build a rocket like the ones he has seen on the news.

“I had a few stickers, so I wanted to have ‘U.S.A’ down the side like a traditional rocket,” he said. “I like rockets and building stuff. I have a rocket set close to this one. It’s cool when they launch.”

The students also took the time to use their leftover glitter to create advertisements to place around the school building. Schnell said she is emailing parents their own invites.