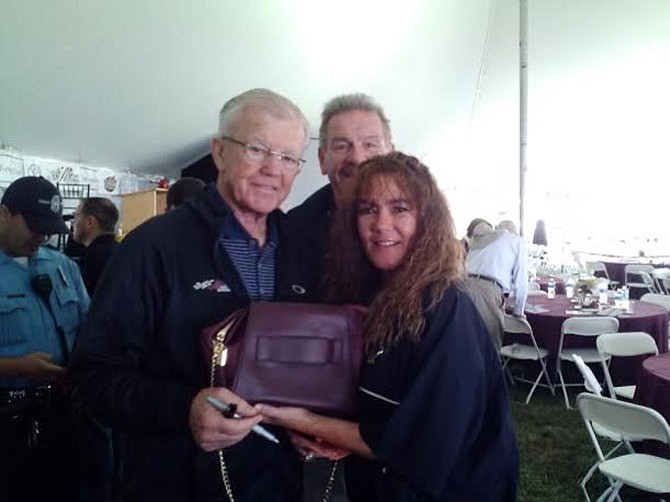 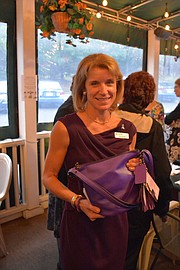 “Victoria” moved to the United States eight years ago with her husband. (Her name has been changed for protective anonymity.) At the beginning, he was the perfect gentleman: holding doors, full of compliments, telling her he loved her. She quit her job to be with him, her first love. Their future in a new country seemed bright.

But once they were married and living in America, Victoria felt her partner growing apart from her. He wouldn’t communicate with her. When she asked him to tell her things, what he was thinking or what his plans were, he got annoyed.

The annoyance led to verbal insults and angry outbursts. Victoria thought she was doing everything she could to make the marriage work, but it just seemed like she was making things worse. She, not he, was doing it wrong.

“After you hear this again and again, I feel like the only way I can protect myself is don't take it seriously,” Victoria said. “Because it'll never change.”

The verbal abuse turned physical. First Victoria’s husband would cock back his hand, threatening to slap her. Then real slaps came, and then beatings. Then rules for the number of times sex had to be offered each week. A quota to be followed.

“For her it became the normal,” said Susie Pigg, assistant director at Artemis House, the 24-hour domestic violence shelter operated by the Falls Church-based nonprofit Shelter House. “‘Oh it wasn't that bad, I could survive a slap.’ But then it escalated. ‘Yeah, he rapes me;’ all those things became normalized to her, which is heartbreaking.”

Victoria went along with it because she wanted her husband to be happy. She put her love for him above everything else: her love for her children, her father and herself. Her own happiness would fill in if she could make her husband happy.

“He really hurt me, but I already felt like I was brainwashed,” Victoria said. “I believed that he's better than me, smarter than me, more capable. He should be the one to make the orders.”

She knew she had to get out of the situation, but felt trapped. She had no job and wanted the best for her children. She had no friends or family in the United States.

“I cannot get out of this marriage,” said Victoria. “I have no hope, no place to go and I cannot even imagine leaving him.”

After a particularly painful degrading day and night, she decided she had no choice but to take a stand. Victoria had to show her husband she couldn’t be treated this way. An altercation resulted in her spending almost a year in jail.

Victoria found out about Artemis House through her jail caseworker. She spent her first night after being released in a motel and the next night she was in one of 34 beds at Artemis. She’s been a resident-client there for several months and is on her way being employed and restarting her life.

Artemis House is one of 11 locations in Fairfax County offering services for victims of domestic violence. The county’s Office for Women & Domestic and Sexual Violence Services (OFWDSVS) contracts with Shelter House to run Artemis, which has apartment-style dwellings.

According to the OFWDSVS FY 2013 report, Artemis House served 134 adults and 148 children in that period. Pigg says additional off-site locations allow them to help up to 44 clients at once.

FUNDING AND AWARENESS are two major challenges facing the shelters and other domestic violence services.

“It’s not an easy conversation to have,” said Shelter House director of development Jolie Smith. “It’s a dark topic. Everyone knows someone that has a story, or their own story.”

Shelter House recently partnered with the Allstate Foundation for its nationwide “Purple Purse” project to raise awareness and money for domestic violence. The partnership came with a $1,000 grant and a conversation-sparking collection of purple Coach purses. Smith handed out four purses that made their way around Virginia in the hands of Shelter House directors, elected officials and professional athletes.

Smith and Braddock District Supervisor John Cook decided that rather than just be seen with the purse, why not pass it around and challenge others to make donations, similar to the ALS Ice Bucket campaign. At the Sept. 23 Board of Supervisors meeting, Cook moved October be designated Domestic Violence Awareness Month, and passed the purse first to chairman Sharon Bulova.

The purses were highlighted at another Shelter House fundraising event on Oct. 10, the “Chipping In to End Domestic Violence Charity Golf Tournament” held at the Laurel Hill Golf Club in Lorton. It was there that Smith met Robin Robison and her husband, former Washington Redskin Superbowl champion Ron Saul. Robison was a victim of domestic abuse from a former husband 15 and a half years ago, and was keen to help raise awareness.

She spoke publicly about her experience for the first time at the tournament.

“I’m glad it’s over, that she only had to go through it for six months,” said Saul. “A man does not beat up on a woman. If you got a problem, better to walk away, let things settle down, then try to get closure on the problem.”

“It wore me out,” Robison said. “It was like opening an old wound, something I had healed a long time ago.”

For the month of October, Shelter House’s Purple Purse Challenge raised just under $15,000, including a large donation from Robison and Saul’s friend Cecil Pruitt.

According to Cook, calls to the Fairfax County sexual violence service and information hotline have shot up dramatically following the Ray Rice news coverage. The OFWDSVS reported 1,664 such calls in FY 2013.

“I hope the other football wives will come out,” said Robison, “that anybody else out there will come out. You don’t have to put up with this. Pick up that phone. Make the call. You’re given an instinct: If you have any hesitation in your mind, whatsoever that something isn’t right, you don’t do it.”

Smith presented Robison with a Kerry Washington-designed purple purse, to keep raising awareness between now and next year’s challenge.

“The Purple Heart is for wounded service members,” said Smith. “Victims of domestic violence are wounded physically and mentally. It’s about survival, dedication to ending violence and courage.”

“People should know they’re not born to be a victim,” said Victoria. “We should know we can have a second chance. We can make other decisions. So never give up.”

THE 24-HOUR Fairfax County domestic violence hotline is 703-360-7273. The county’s website for domestic violence is www.fairfaxcounty.gov/domesticviolence. More information about Shelter House can be found at www.shelterhouse.org.