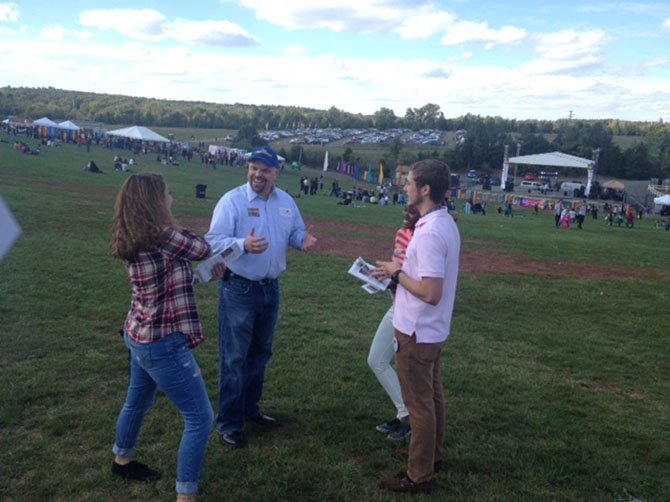 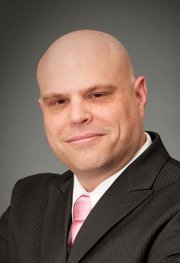 Marc Harrold is a self-professed creature of habit. He’s been going to the same bars and restaurants near his Fairfax home for years, where the close friends he’s made there say his great sense of humor and diverse intelligence help him “hold court” and converse easily with anyone, on any subject.

“He’s a friendly guy, easy to talk to and smart as a whip,” said Brandon Loudenslager of Bristow, who’s known Harrold for several years.

Harrold’s multidimensional gift of gab may be due to the fact that by day, the Libertarian candidate for Virginia’s 11th district is the principal attorney in his own law firm specializing in immigration, The Harrold Firm, PLLC. Or it may come from his experience as a repeat political analyst for TV programs on FOX News, CNN and BBC, among others.

“He’s good at going back and forth,” said Gonzalo Muñoz, a bartender and friend at Ozzie’s Good Eats in Fairfax. “I can see his sides, but he definitely doesn’t try to beat me over the head with it.”

“His opinions aren’t the first things that come up naturally,” said Harrold’s friend Nancy Sicairos of Loudoun. “He doesn’t wear politics on his sleeve.”

On the campaign trail, Harrold has learned to embrace being transparent about his politics face to face, a characteristic he believes is missing in Washington.

“I enjoy talking with people who disagree with me, more than I thought I would,” said Harrold. “And some people do. A lot of times they've heard something I’ve said they disagree with, and perception is reality.”

Harrold developed a background in immigration prior to starting his firm as Assistant Chief Counsel with Immigration and Customs Enforcement (ICE), where he was an authority on the fourth amendment.

He’s also written extensively on the first amendment, including his book “Observations of White Noise…an 'Acid Test' for the First Amendment”.

Teaching at his law alma mater, the University of Mississippi, helped inform Harrold’s strict constructionist beliefs that helped motivate his run for Congress.

“There would be a number of things where I would say that's not even a bad idea, just not the proper federal role,” said Harrold. “I believe that every piece of legislation should start with, expressly, the part of the Constitution it's grounded in.”

The Huntington, West Virginia native grew up in Pittsburgh, and though he’s come around to habitually cheering on the Washington Nationals, Harrold remains a devout Steelers fan. In fact, it’s the one subject where people won’t challenge him.

“He’s always like, ‘We should watch games together,’” said Muñoz. “I’m a Jets fan. I kind of avoid the topic.” 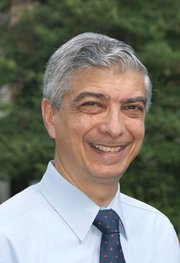 AS ONE MIGHT EXPECT from the 11th district Green candidate, Joe Galdo has solar panels, a whole solar photovoltaic system, on the roof of his house in Fairfax. The panels generate about half the power required to run his house. He would’ve installed more, but the roof wasn’t big enough.

Galdo helped facilitate homeowners and businesses being able to install and use solar panels in the first place.

“He was one of the first people to try to represent a green vision of adopting renewable energy,” said Jack Cadogan, a former colleague of Galdo’s at the Department of Energy. “He was very instrumental in the distribution utility concept. Now, he’s got solar tanks on his roof; you could say Joe has put his money where his mouth is.”

The Philadelphia native worked for nearly two decades for the Deputy Assistant Secretary for Utility Technologies in the DoE’s Office of Energy Efficiency and Renewable Energy. To develop the technical standards and usage models for Green energy around the country, Galdo and his renewable energy team had to work with regulators, government organizations and utilities — no shortage of competing programs.

“He did it in a low key way,” said Cadogan, a wind energy advocate. “He’s kind of completely unflappable.”

Cadogan cited Galdo’s prior career working at the Defense Intelligence Agency and the U.S. Army Foreign Science and Technology Center. “Maybe that helped him; he developed a thick skin when people like me gave him grief.”

“Joe is a very deep thinking, thoughtful person, short on the glib,” said John Lovaas, host and producer of the TV program “Reston Impact.” Lovaas, who’s interviewed Galdo on the show several times and known him for 15 years, said he would be a fresh fit in Washington.

“He’s a soft, gentle voice in an environment where everyone else is screaming.”

With his sights set on reforming tax policy, global trade and energy policy, Galdo is intent on making a break from corporate interests having a role in government.

“You’ve got to admire his commitment to represent the common man and the environment, to do it without the helping hands of big money,” said Cadogan. “This being his second time as a Green candidate indicates his vision that the Democrats and Republicans are both too much caught up with Wall Street.”

“He would do it quietly, he wouldn’t make a lot of noise,” said Lovaas. “He’s such a genuine, nice person people would want to talk with and not be threatened by.”

Q: What do you think are your top three accomplishments in your previous role?

Q: If you’re elected, what be would your top three priorities?

Q: Give our readers three reasons they should vote for you on election day.

Q: How would you show off Northern Virginia to an out-of-town friend?

GALDO: Take them into D.C. if they haven't been here before, to see monuments. After that, I’d probably take them to Mount Vernon.

HARROLD: I’d take them to Ozzie’s [Good Eats] in Fairfax Corner. It’s great food and a place I’ve made a lot of friends. In the 8th District, Clare & Don’s Beach Shack is a very cool place I like going to. I take advantage of being near D.C. as much as I can; I enjoy going to the Supreme Court to watch arguments.

HARROLD: With a lot of my views on police militarization, reshaping the role of the police, especially seeing the Constitution as an affirmative law to enforce, when I tell people I was a police officer, they’re surprised by that.

Q: How do you relax, off the campaign trail?

GALDO: Sometimes I run, when I'm up for it. In the summer I have my vegetable garden, which has been neglected this summer. I have a huge raspberry stand. And I see at least some of my seven grandkids every week.

HARROLD: I read, watch a lot of documentaries on historical figures, recent military conflicts and sports. I watch the Sopranos and House of Cards. When you try to explain deregulation to some people, you just ask them how many are tied into network shows with FCC regulations versus Breaking Bad or the Sopranos, that aren't subject to the same thing. Look at the popular shows right now: The Netflix model with House of Cards, they released the whole season at once. That's more what people want.