Facing Off in County Board Rematch
Votes

Facing Off in County Board Rematch 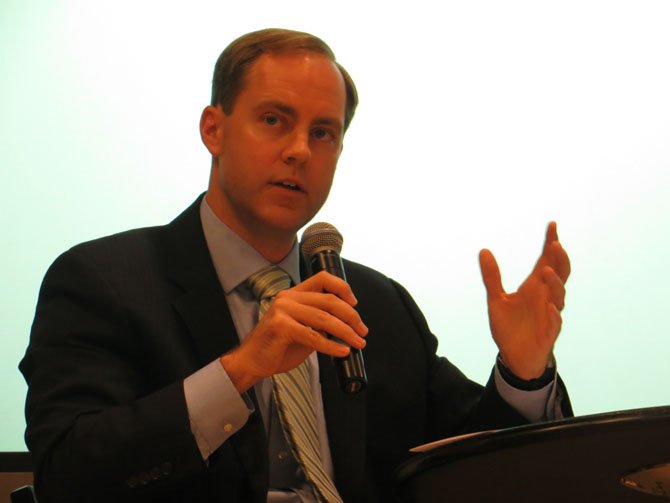 Things did not go well in Alan Howze in the previous election. In a special election on April 8 for the Arlington County Board, Howze ran against John Vihstadt, an independent, and lost. The election had a low turnout of 22,200 voters, and Howze lost by 3,500. But six months later, the same County Board seat is open. Like the second Rocky film, Howze is hoping for a comeback and a knockout.

Howze said he learned from the mistakes of the last election and has developed his campaign strategy accordingly.

“[I’m] being much more specific and detailed about my vision for actions we need to take to make the community stronger,” said Howze. “It’s not just talking about those issues, it’s laying out detailed plans on how we move forward in those areas with a lot more specificity … being more direct and clear about the benefit of making an investment in the streetcar.”

The Columbia Pike Streetcar has been the major topic of contention in this election between Howze and Vihstadt. Howze supports a referendum on the project and as part of his campaign has been working to hear and address the public concerns.

“Nationwide, there are experiments we can look at,” said Howze. “There are examples of systems that have worked and systems we can learn from. In Phoenix, there is a 19-mile system … in mixed traffic.”

The Phoenix streetcar, Howze noted, has already hit their 2030 ridership projections. But the development process is also about learning from the failures of other streetcar systems. The Norfolk Tide experienced a troubled development and a hostile public, but since opening has surpassed its ridership expectations. The Tide is a 7.4 mile streetcar system, the exact length of the Columbia Pike Streetcar. Similar to the Tide planning to expand down to Virginia Beach, there are hopes that the Columbia Pike Streetcar will eventually stretch into Alexandria. Alexandria has declined the project in its present development stage, but Howze believes this may change once Alexandria finishes with its current transportation projects.

“Contrast [the streetcar] with the road investments that have been made in the region,” said Howze. “I don’t hear the other side yelling about that. We’ve spending half a billion [dollars], the same cost as the streetcar, for one I-66 interchange at Route 29. The spending we’re doing on roads dwarfs our spending on transit. Additional spending on roads induces additional demand. Transit provides congestion benefits, economic benefits and environmental benefits that roads don’t.”

While the campaign has brought the issue of the streetcar to the forefront, Howze’s main focus is on education. Particularly, Howze is concerned with overcrowding in the schools, and an increase he says can be planned for by looking at pre-Kindergarten statistics.

The growth in the schools shows no signs of slowing, and the stress on the system is starting to show. Howze noted that in many schools there are no art classes because there’s no space in the school, so they’ve had to reduce these classes to carts wheeled around to the school.

These are concerns Howze has heard across Arlington, often in neighborhoods he’d never been to before the campaign started. For Howze, getting to find new spots around the city is the best part of the campaign.

“You end up on streets you never knew existed,” said Howze, specifically referencing a memorial service for Dr. Talmage Williams, an Arlington Civil Rights leader who died earlier in October, at a church on Route 50 he’d never seen before he attended the ceremony. At each of the locations he’s visited, he’s gotten similar feedback from Arlingtonians.

“People have very high expectations of Arlington and of how their local government should perform,” said Howze. “By and large they’re pleased with how their government is performing.”

For Howze, this is an endorsement of the Democratic leadership in the city; one he hopes will extend to him on Election Day.