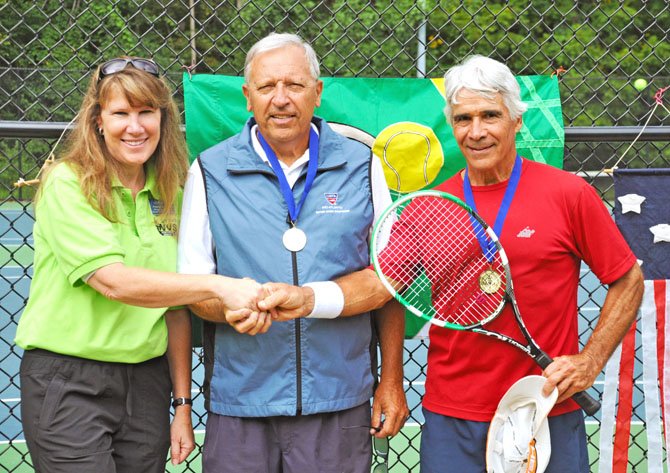 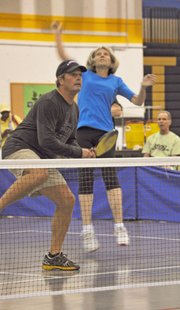 Whack! Smack! These were the constant sounds going back and forth during the pickleball finals at the Thomas Jefferson Community Center in Arlington. The pickleball games were part of the Northern Virginia Senior Olympics taking place at several venues throughout the region.

“It's fun, it's fit, it's a great workout,” explained Helen White, a competitor in the 60s age bracket for pickleball. White is also a national ambassador for the sport and won the silver in her age group during the games. An avid promoter of the sport in the Washington, D.C. metropolitan area, she is working with the staff at the Falls Church recreation center to start up an active pickleball program. Played on a badminton-size court with a modified tennis net with a paddle and plastic ball, pickleball is best described as a combination of tennis, badminton, and ping-pong. “It's easy to learn, hard to master,” according to White, who also won the silver in the finals.

In addition to the competitive pickleball tournaments, seniors aged 50+ took part in track, rowing, diving, tennis, miniature golf, basketball, field events, among many others. Over 50 sporting trials were held throughout the Arlington, Fairfax, Fauquier, Loudoun and Prince William counties.

Gold, silver, and bronze medals were awarded after each final.