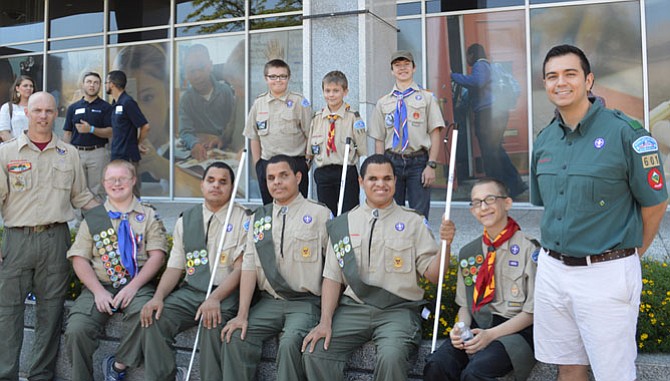 Boy Scouts from Troops 601, 1183, and 1519 provided an integrated color guard for the 25th Anniversary Celebration of the Americans with Disability Act (ADA) at the U.S. Department of Education hosted by Secretary Arne Duncan.

Scouts with disabilities and without disabilities worked together to present the colors at this government event attended by almost 300.