State senator to retire at end of current session. 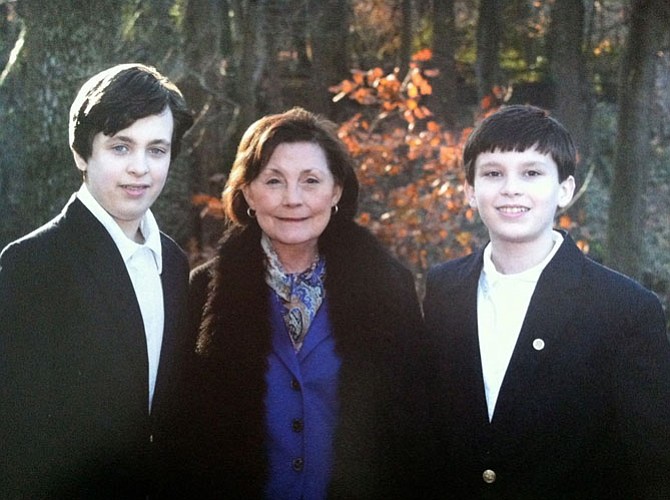 Calling State Senator Linda T. “Toddy” Puller’s announcement to retire “bittersweet,” Del. Mark Sickles explained that it is “bitter because her absence will leave a gaping void here in Richmond; sweet because nobody has done more in one life to deserve less hectic years at home with friends and family.”

On the opening day of the Virginia General Assembly, Puller said she will retire from the Virginia Senate after the 2015 legislative session.

“Twenty-three years ago I began one of the great adventures of my life,” she said. “With the encouragement and support of my family and friends I ran for and won a seat in the House of Delegates.” She served in the House of Delegates for 8 years. She then ran for the State Senate. “In 1999 , with the encouragement and support of the late Senator Joe Gartlan and family and friends I ran for the 36th Senate District and won. My colleagues in the Senate entrusted me with the chairman’s gavel of the Joint Commission on Health Care, and the Senate Committee on Rehabilitation and Social Services, and a place on the Board of Veterans Services ... where I hope along the way I have been able to improve opportunities for all Virginians. Now, with the encouragement, love, and support of my family I have made the decision to step down and to not run in 2015.” Her district includes portions of Fairfax county, Prince William County, and Stafford County.

Born in Cedar Rapids, Iowa, she graduated from Mary Washington college and is a member of the Episcopal Church. She taught fourth grade in Woodbridge.

Puller was married to Lewis B. Puller, Jr. a decorated U.S. Marine , who was severely wounded in Vietnam. He lost both his legs and six fingers to a booby trap explosion and was nearly killed. They had two children and she now has two grandchildren. On the eve of her first election in 1991 to the House of Delegates her husband wrote a novel about his experiences, “Fortunate Son”, which won a Pulitzer Prize. Not long after that, Lewis Puller Jr. took his life. Several years later Senator Puller suffered a stroke that affected her physically but not her ability as a legislator. Senate Minority leader Dick Saslaw commented on her retirement announcement: “In all the years I have known Toddy despite the personal tragedies she suffered and her physical limitations she never once complained. Never once. She was a very fine legislator who did her homework, was always prepared, and could always be relied on to provide the legislative leadership to carry out her many Senate responsibilities in an exemplary fashion. She earned the admiration and respect of everyone who came to know her. We will all miss her presence.”

Her personal experience married to a wounded Vietnam Veteran confined to a wheelchair who battled depression contributed to her effectiveness in championing veterans services and benefits. U.S. Sen. Tim Kaine said “her primary legacy will be the incredible work she has done to support Virginia veterans. Her tireless advocacy for initiatives such as property tax exemptions for disabled veterans and Virginia’s wounded warrior program will aid veterans for generations to come.” She has received numerous awards for her work in the General Assembly, including the 2011 Legislator of the Year Award by the Virginia Council of State Chapters of the Military Organization of America. Highlights of her legislative accomplishments include:

She recently introduced legislation in this session of the General Assembly to assure that the $300 million Virginia Public Building Authority Bonds that were approved will not be used for any other purpose until an appropriate state share of the funds will be allocated for the Northern Virginia Veterans Care Center project and the Hampton Roads Veterans Center project. In addition, she has been credited for being a consistent advocate for the disadvantaged in Virginia who need assistance for health care, shelter, and educational assistance.

Mount Vernon District Supervisor Gerald Hyland said, “She has been a tireless advocate for Mount Vernon residents. Her focus on veterans, education, families, and transportation has made a difference for the better. Toddy’s pragmatic, bi-partisan, grassroots approach to lawmaking made her a success not only with her constituents but also with her fellow legislators in Richmond. I wish her all the best in her retirement and look forward to her continued community service and consultation on local matters.”

Sue Langley, chair of the Fairfax County Democratic Committee, said, “Her retirement is a great loss to those she represented in Fairfax County, Prince William, and Stafford County. She has been a strong supporter for critical needs in transportation, veterans benefits, and social justice issues.” In addition, “she sponsored legislation to simplify absentee ballots for overseas military voters, improve benefits for the disabled, and sponsored a Virginia constitutional amendment to provide a property tax exemption for disabled veterans.”

State Sen. Adam Ebbin called her “a tireless fighter for veterans and all the citizens of the Commonwealth. Her work will be a lasting legacy for the people of Mount Vernon and Prince William. She will be greatly missed in Richmond.”

Del. Scott Surovell said, “Senator Puller’s retirement is a significant loss for the Mount Vernon and Lee areas of Fairfax county, the Occoquan, Woodbridge, and Montclair areas of Prince William County, and North Stafford County. Her three decades of seniority, and policy experience are an irreplaceable asset for her 200,000 constituents. There is not a member of the Virginia legislature who is more focused on moving our state government to address the concerns of our veterans and their families — whether it is government services , tax exemptions or helping Virginians’ recognize the long-term consequences that combat injuries have on military families. Senator Puller’s decision not to seek re-election is a huge loss. She was a relentless advocate for improving U.S. route one, education, veterans benefits, and looking after the less fortunate.”